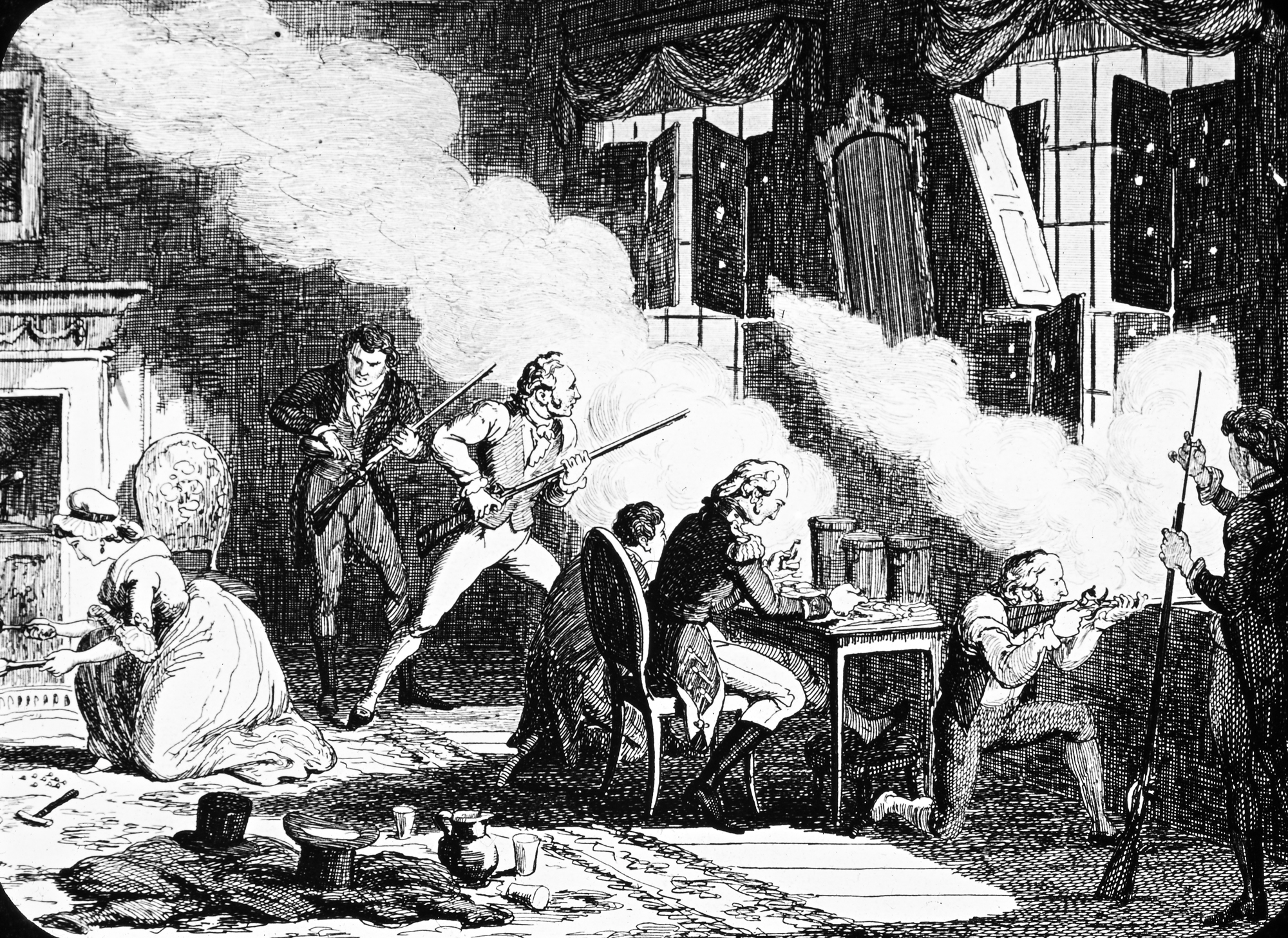 Try to find the date or year when this image was made.
Thanks for contributing!
A glass lantern slide from our Mason collection today. We'd love to know who was the Reverend McGee? Where was his house? When / why was it under attack?