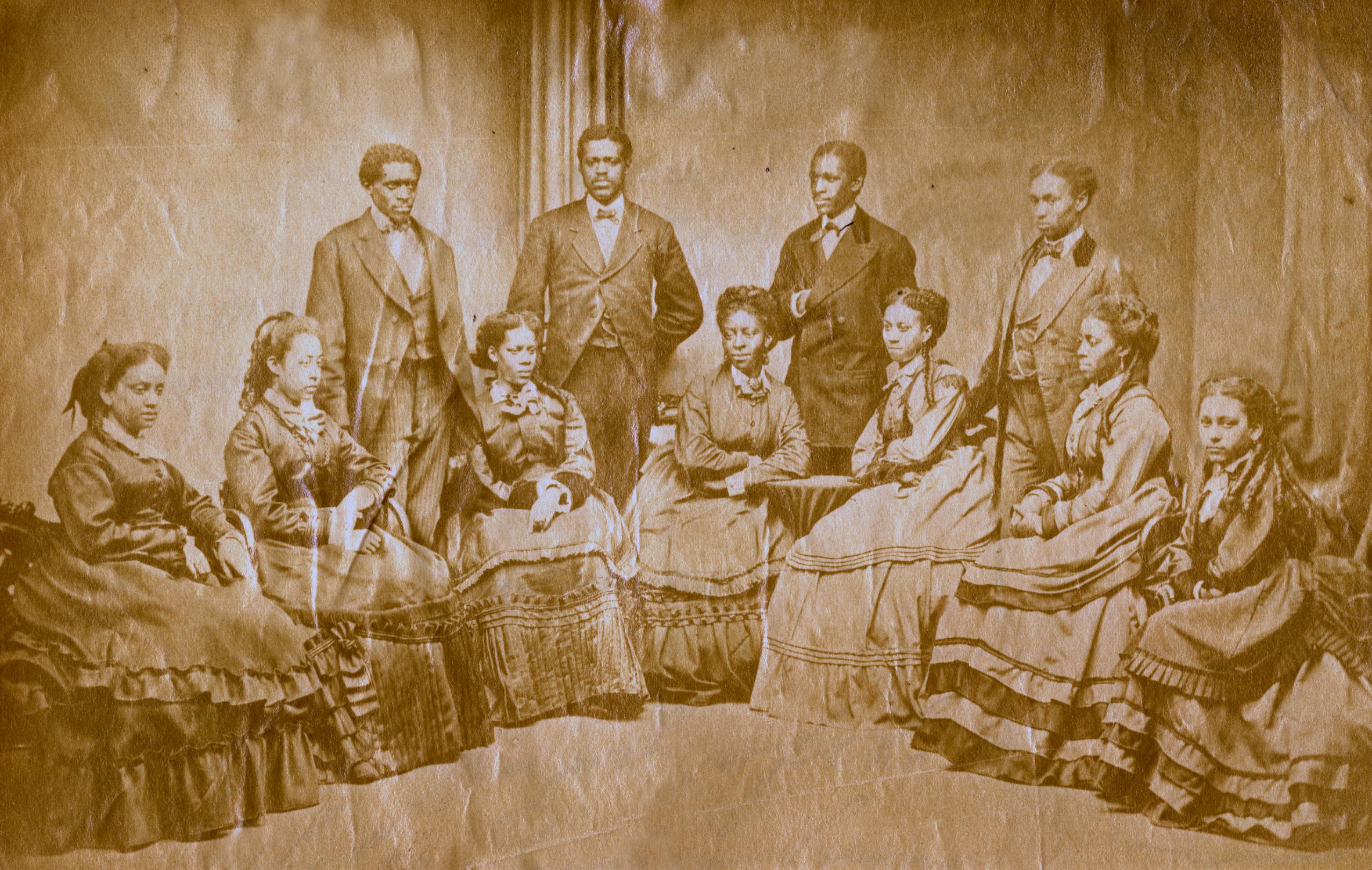 Try to find the date or year when this image was made.
Thanks for contributing!
Document: ‘Photograph of the Jubilee Singers from Fisk University, United States of America, four male figures standing and seven females sitting’, 2 June 1874, Catalogue Ref: COPY 1/25 f.182

Description: This is a photo of the Fisk Jubilee Singers, an African-American a cappella ensemble first put together in 1871. They performed in London in May 1873 for Queen Victoria, which was the start of their tour in Britain. It was a very significant musical event.

Fisk University in Nashville, Tennessee was founded in 1866 by the American Missionary Association. The University aimed to educate freed African Americans after the abolition of slavery in 1865. The Jubilee Singers grew out of an early singing class held at the University aimed at fundraising for the college. From the start their musical repertoire was wide-ranging and included popular songs as well as classical compositions. They went on to incorporate slave songs and black spiritual music, which audiences loved. George L. Cole was the musical director of the group - a white ex-soldier from the American Civil War who does not appear in the photograph shown here.