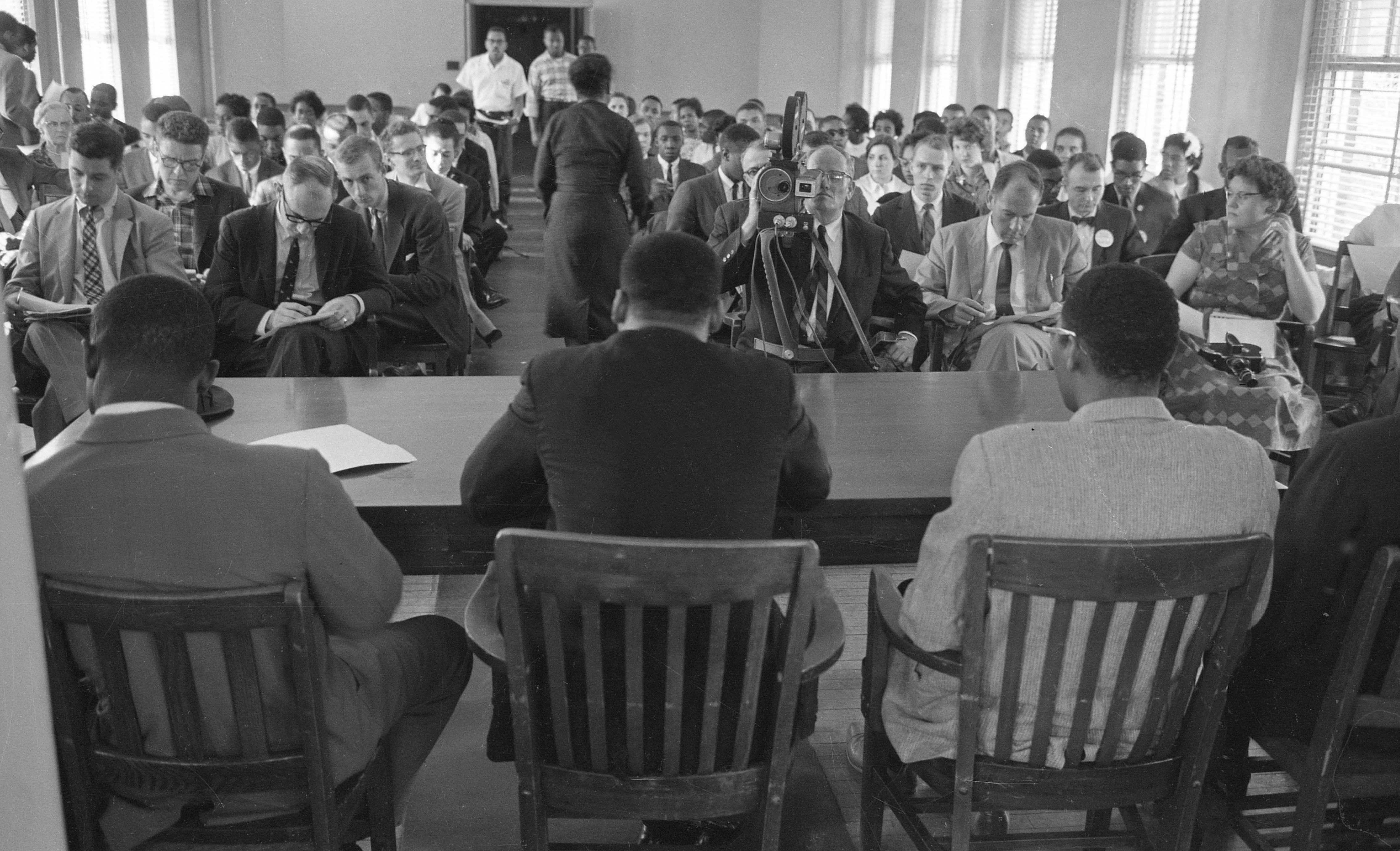 Try to find the date or year when this image was made.
Thanks for contributing!
Dr. Martin Luther King, Jr. is seen here speaking at a press conference held at Shaw University in Raleigh, in April of 1960. The media were reporting on a three day meeting sponsored by the Southern Christian Leadership Conference and the Committee on Racial Equality.

When King was asked the purpose of the meeting he responded, “plan strategy for victory.”

The meeting at Shaw University was organized by civil rights leader Ella Baker and consisted of panel discussions and workshops with King and other ministers advising students and answering questions. During these discussions, King emphasized the “need for some type of continuing organization” to continue the anti-segregation cause.

Out of these meetings at Shaw, and through the words of King and Baker, the Students Nonviolent Coordinating Committee (SNCC) was born. King urged nonviolence above all with strategies that included sit-ins and selective buying. He went on to tell the students, “they will certainly want to delve deeper into the philosophy of nonviolence. It must be made palpably clear that resistance and nonviolence are not in themselves good. There must be another element present, reconciliation—an avoidance of the internal violence of the spirit. You leave the possibility open for reconciliation… it is not to defeat an opponent, but to bring him together as brothers.”
_________________
NO_4-16-1960_MLK
From the N&O Negative Collection, State Archives of North Carolina; Raleigh, NC. Photo copyrighted by the News and Observer. Illegal to use without express permission from the N&O.