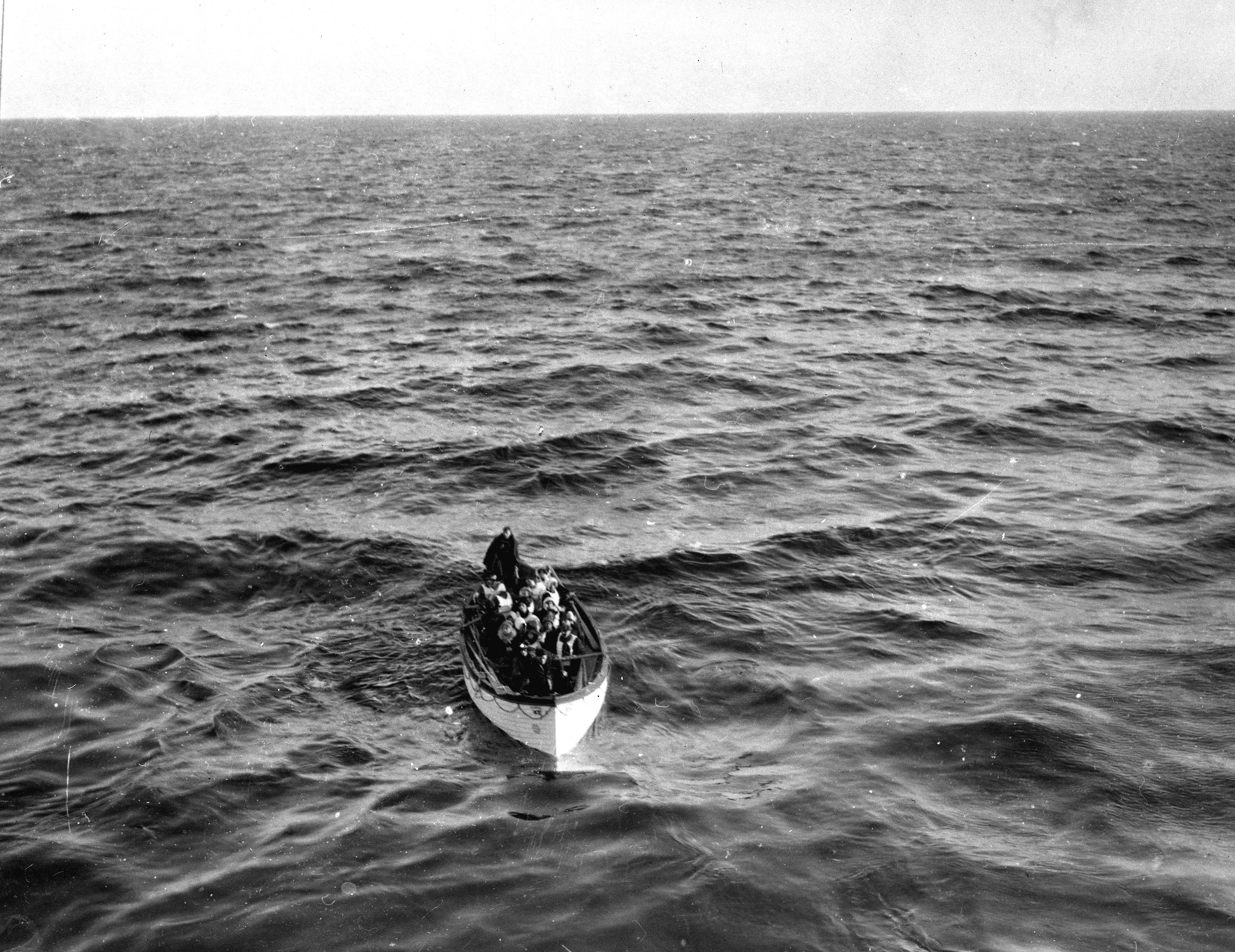 Try to find the date or year when this image was made.
Thanks for contributing!
This photograph (COPY 1/566) shows one of the lifeboats from the Titanic making its way towards the rescue ship Carpathia on 15 April, 1912.

The Titanic set sail from Southampton on her maiden voyage on Wednesday 10 April, 1912, on course for New York. Late on the night of Sunday 14 April she struck an iceberg and sank less than three hours later. Only 705 people were rescued from over 2,200 on board, most of them cabin class passengers.

The British government investigated the incident to find out what went wrong, which is how The National Archives has ended up with many documents like this related to the Titanic. New safety regulations were rapidly introduced after the accident, like a new regulation in 1913 that required all vessels to carry enough lifeboats for every passenger.