The Carroll family from Manchester on board the Georgic, 1949 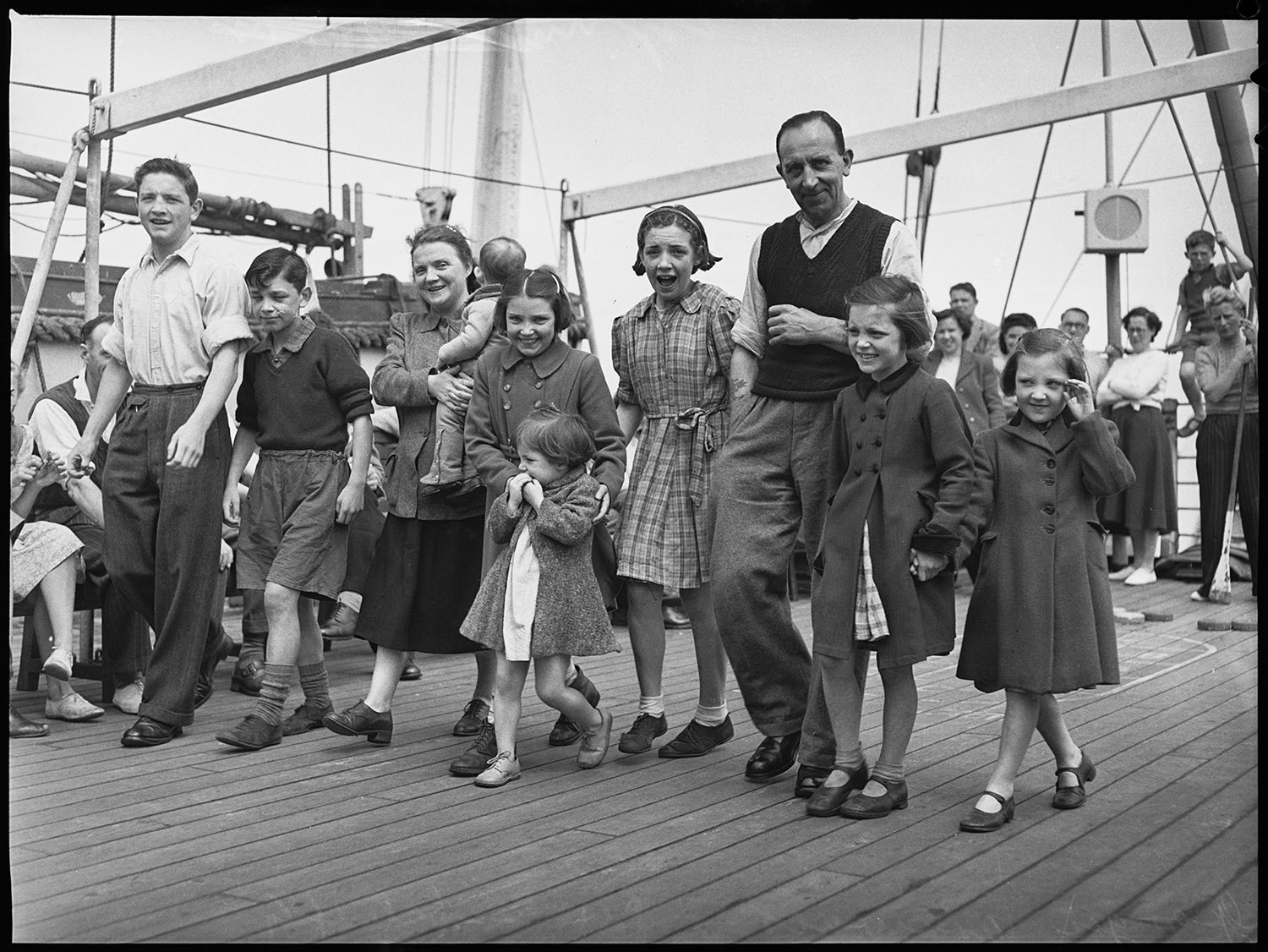 Try to find the date or year when this image was made.
Thanks for contributing!
British migrants Mr and Mrs Carroll with their eight children on board the Georgic, 1949, Norman Herfort, Pix Magazine, ON 388/Box 005/Item 002 collection.sl.nsw.gov.au/digital/g7WODXA8dQXMJ

In 1949, the passenger ship Georgic arrived in Australia with the largest number of emigrants ever to arrive on Australian shores. She was the last ‘White Star’ liner built before a merger with the Cunard Line and in total there were 1,994 British migrants on board; many of whom were ex-servicemen who became interested in migrating after they returned from the War.