Will Mahoney photographed on stage, Brisbane, 1948 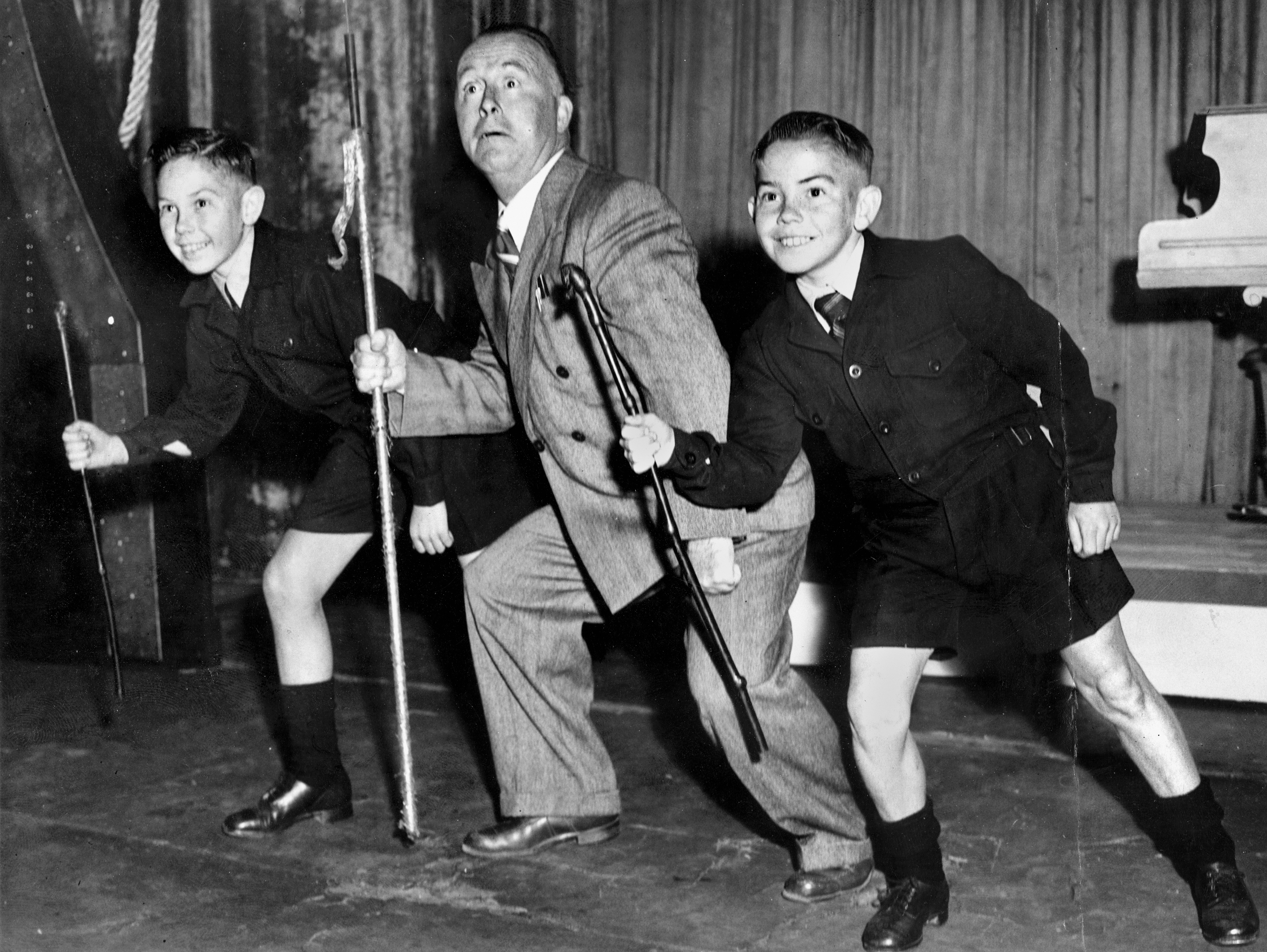 Description: Photographed in the 'John Reid Show' with Barry and Martin Cunningham. (Description supplied with photograph)

View the original image at the State Library of Queensland: hdl.handle.net/10462/deriv/130303.