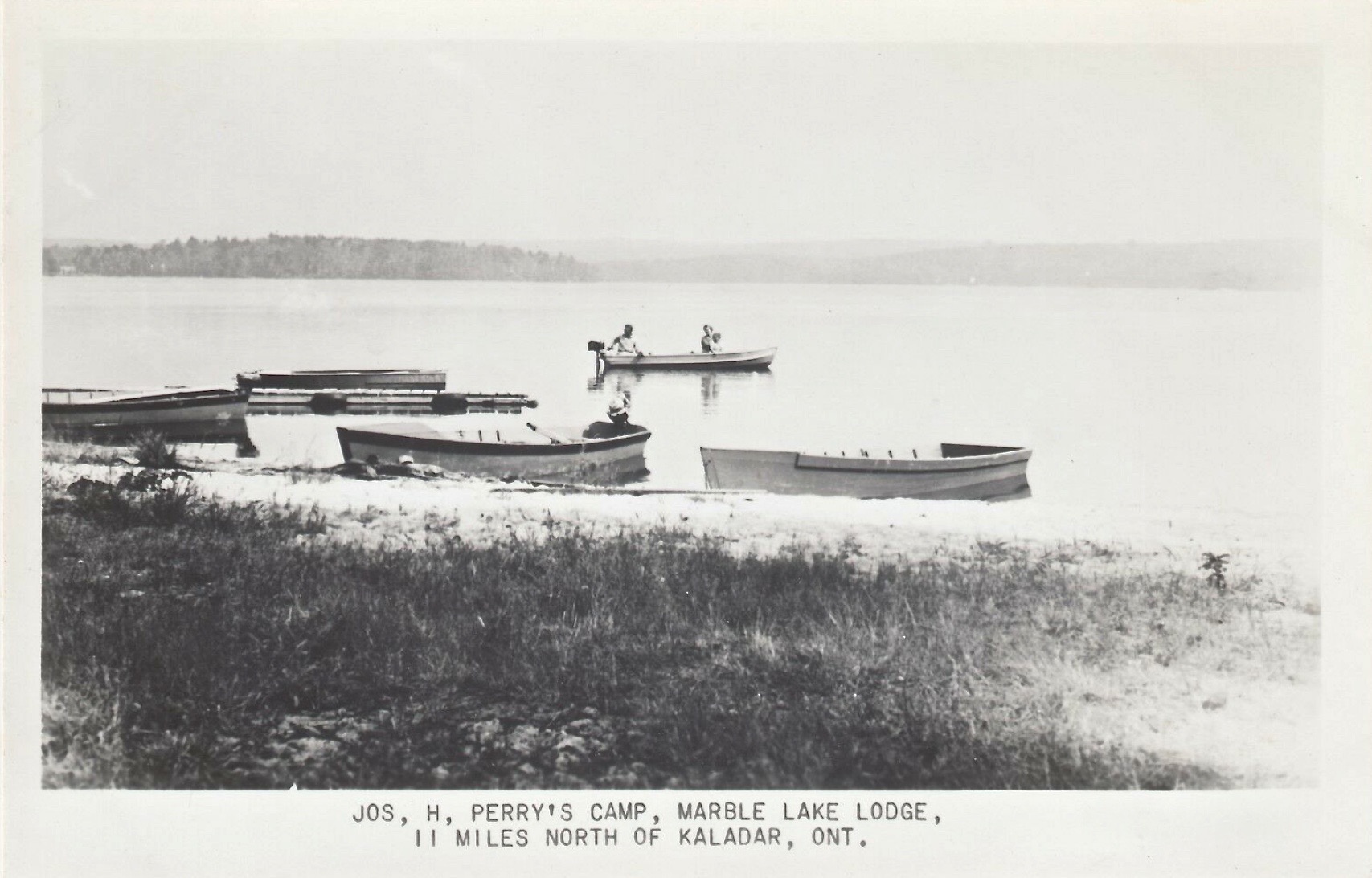 Try to find the date or year when this image was made.
Thanks for contributing!
Jos, H, Perry's Camp, Marble Lake Lodge, 11 Miles North of Kaladar, Ontario.

The following reprinted from the 2018 CDHS Calendar:
"In the early 1940s Joseph Perry and his brother Wilfred obtained a lease for land from Bill McCausland, Wilfred's father-in-law. A condition of the lease was that they build a house rather than prospect the land. The house they built was struck by lightning in 1943 and was destroyed.

For about five years after, Joe and his wife Maggie (nee Wagar) managed McCausland Lodge (see Greenfield Lodge, same calendar) where business was good. Joe approached Mr. McCausland about purchasing this property and business; they were unable to obtain a clear deed.

Joe looked again at his leased property at the corner of Marble Lake Road. This land was quite swampy so a great deal of reclamation work was needed before building could begin. The work was successful, building began and in the fall of 1949 they opened the Lodge. Every Sunday they served a full turkey dinner with homemade buns and pies. This built up a local clientele as well as their tourist business.

They built cottages to rent and the business flourished. Many local students had summer jobs there, waitressing, cleaning cottages or as chore boys.

After Joe died in 1963, Maggie continued to operate the business for a few more years and then she sold it about 1966/67. There have been several owners since but it still operates under the original name and in the original building. Succeeding owners added campsites on the west side of the lodge, a ramp at the front for accessibility and a large deck on the west side for patio dining. One owner had some little trail bikes for rent but this did not prove to be a viable proposition so it didn't last long.

The building from the road looks much the same as it did when it was built. Inside there have been several changes over the years including the addition of a small store and a bar. "
Written by Roy McGrath and Shirley Sedore.