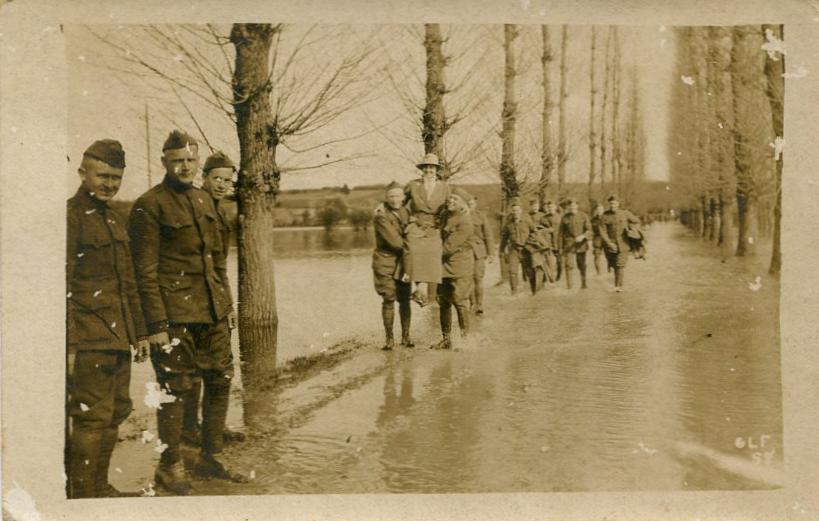 Try to find the date or year when this image was made.
Thanks for contributing!
French real-photo postcard of a photograph of a group of unidentified U.S. Army soldiers, believed to be with the 81st Infantry Division, walking down a flooded tree-lined path somewhere in Europe during World War I. Two of the soldiers are interlocking their arms to make a seat for carrying a female Army nurse over the water. Photograph taken or collected by Earlie W. Smith of Harnett County, NC, while he was serving in Europe with Headquarters Company, 317th Field Artillery Regiment, 81st Division, U.S. Army, during the war (undated) [Photograph originally numbered by photographer as “CLF 53”].