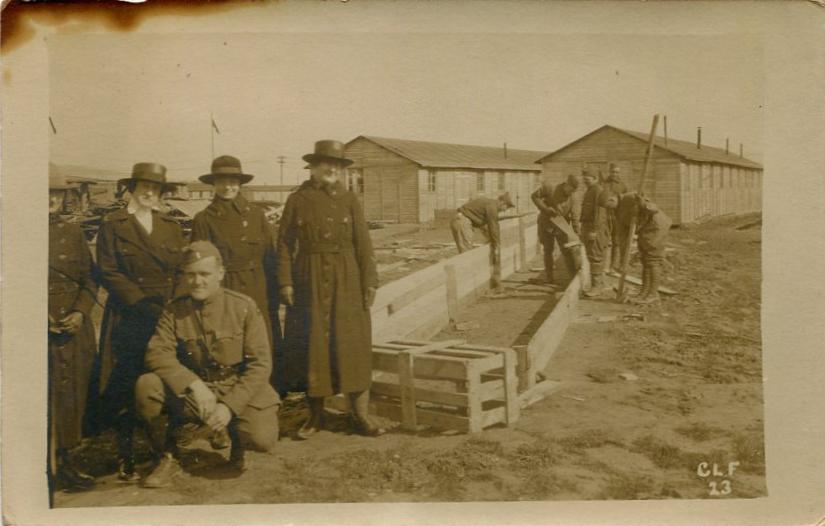 Try to find the date or year when this image was made.
Thanks for contributing!
French real-photo postcard of a photograph of a group of unidentified U.S. Army soldiers believed to be with the 81st Infantry Division working to construct some structure out of wood as an officer and several female Army nurses are posing in the foreground at an unidentified military camp in France during World War I. Photograph taken or collected by Earlie W. Smith of Harnett County, NC, while he was serving in Europe with Headquarters Company, 317th Field Artillery Regiment, 81st Division, U.S. Army, during the war (undated) [Photograph originally numbered by photographer as “CLF 13”].