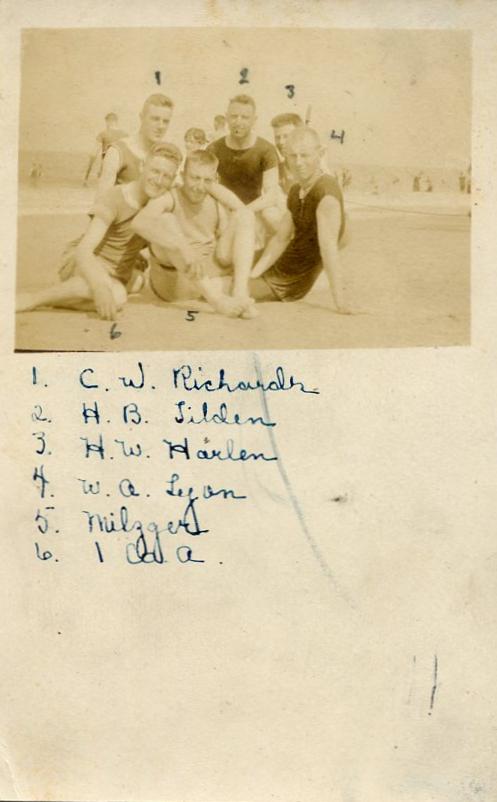 Try to find the date or year when this image was made.
Thanks for contributing!
Real-photo postcard of a photograph of U.S. Navy members sitting on an unidentified beach together while they were swimming in the ocean during a period off of military duty on what was believed to be their ship, the U.S. Navy battleship USS New Hampshire (BB-25), around 1917 or 1918 during World War I. Pictured are (with numbers above their heads): 1. C. W. Richards; 2. H. B. Tilden; 3. H. W. Harlen; 4. W. A. Lyon; 5. Milzger; and 6. I. [possibly Karlen] Co. A. Photograph believed to have been taken or collected by a U.S. Marine named Karlen while he was serving in a Marine Corps detachment on the New Hampshire [circa 1917-1918].