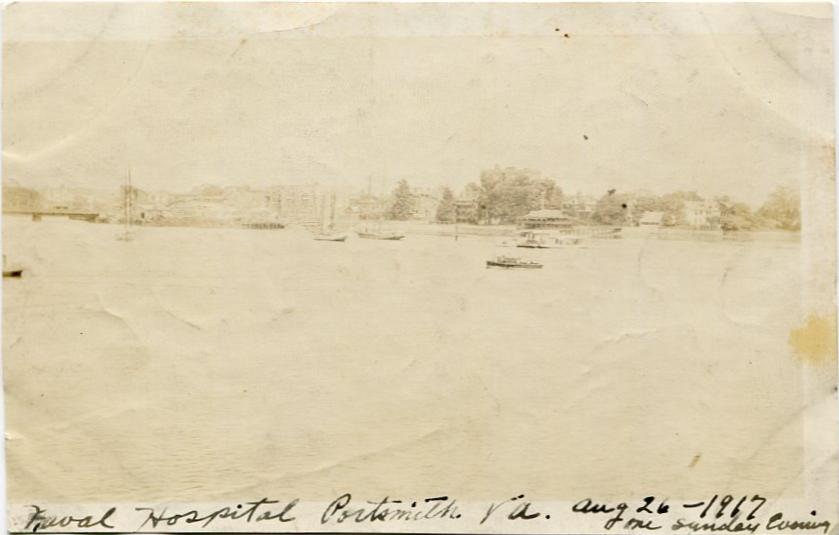 Try to find the date or year when this image was made.
Thanks for contributing!
Photograph taken from a U.S. Navy ship looking across the water at the U.S. Naval Hospital at Portsmouth, Virginia, on Sunday evening, August 26, 1917, during World War I. Photograph believed to have been taken or collected by a U.S. Marine named Karlen while he was serving in a Marine Corps detachment on the Navy battleship USS New Hampshire (BB-25) (August 26, 1917).