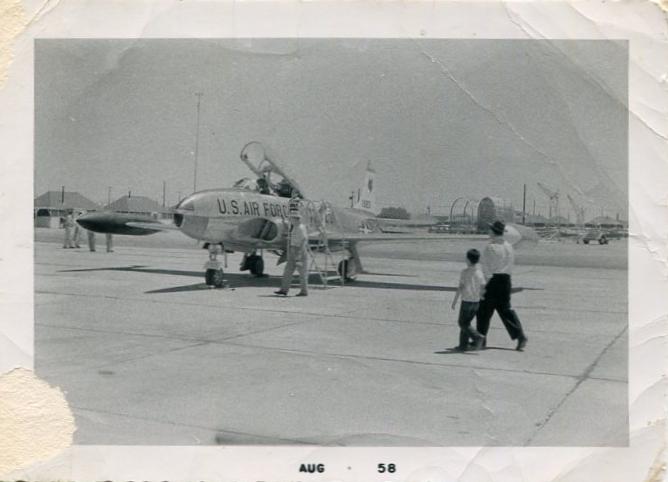 Try to find the date or year when this image was made.
Thanks for contributing!
Snapshot of an unidentified man in civilian clothes standing next to a U.S. Air force jet aircraft parked on a runway at what is believed to be the Yuma Air Force Base in Yuma, Arizona, around 1958. Another man, also in civilian clothes, is walking towards the aircraft with a young boy. Photograph taken while Thomas E. Voliva of Tyrrell County, NC, was stationed at the Yuma Air Force Base between 1957 and 1959 while serving in the U.S. Air Force [circa 1958] [Photograph printed in August 1958].