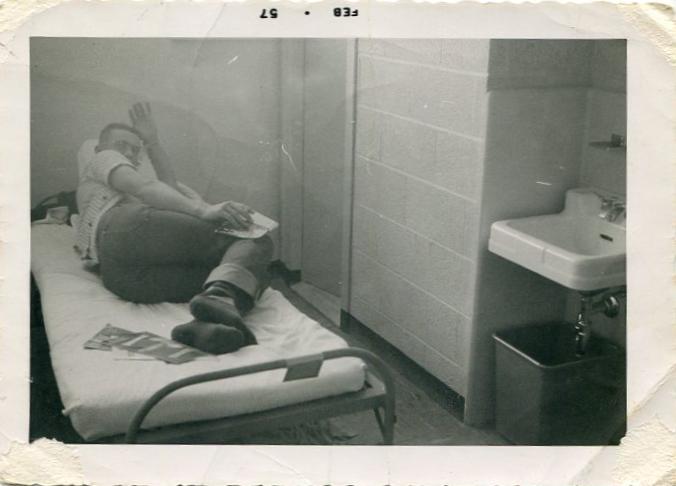 Try to find the date or year when this image was made.
Thanks for contributing!
Snapshot of an unidentified U.S. Air Force serviceman, wearing civilian clothes, laying on his side on his bunk in an unidentified military installation somewhere in the southwest United States around late 1956 or early 1957. Magazines are seen on the bed, with a book resting on his leg. Photograph taken while Thomas E. Voliva of Tyrrell County, NC, was stationed at the Yuma Air Force Base in Yuma between 1957 and 1959 while serving in the U.S. Air Force [circa 1956-1957] [Photograph printed in February 1957].