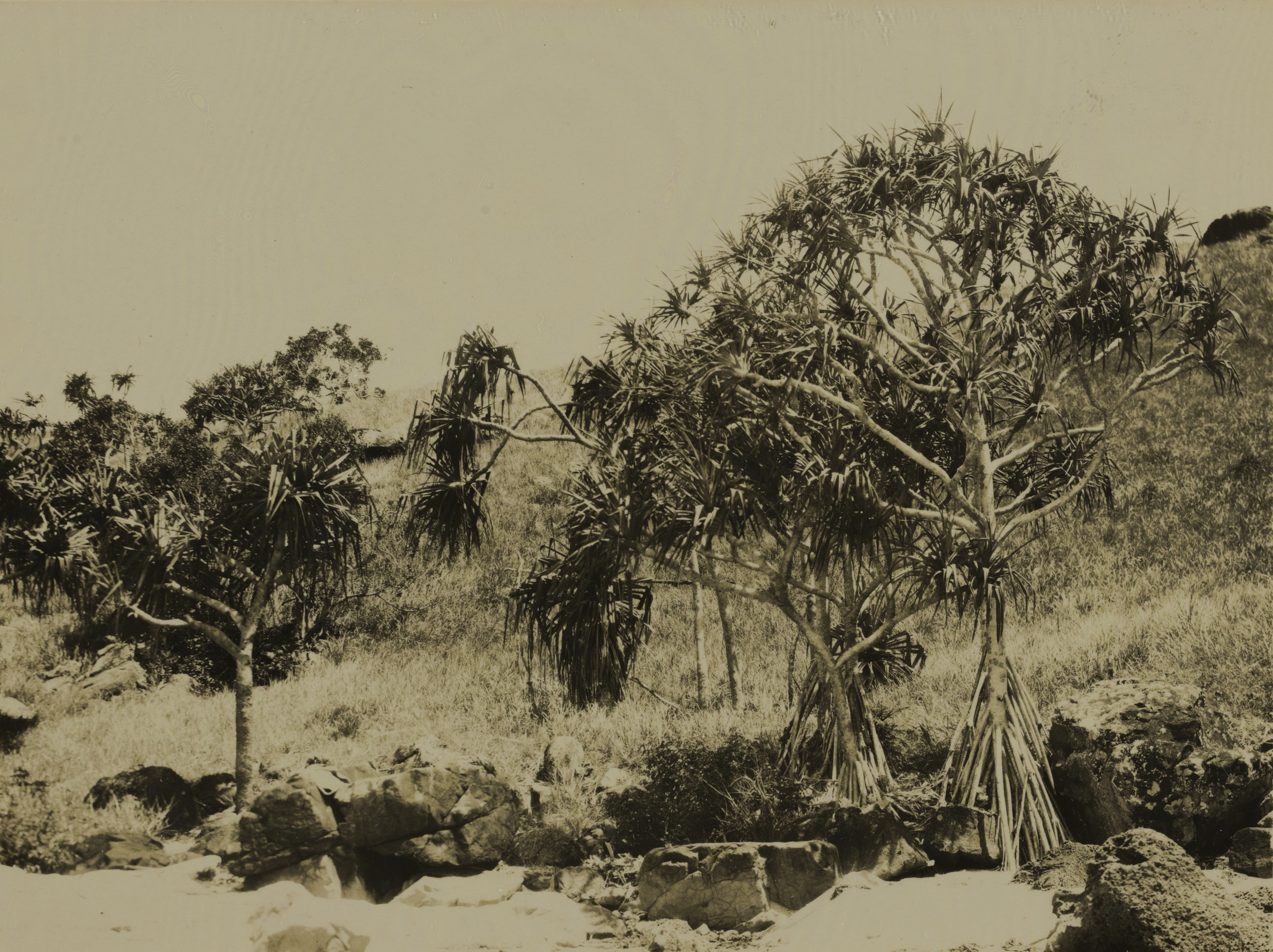 Description: Pandanus trees at the edge of a beach.