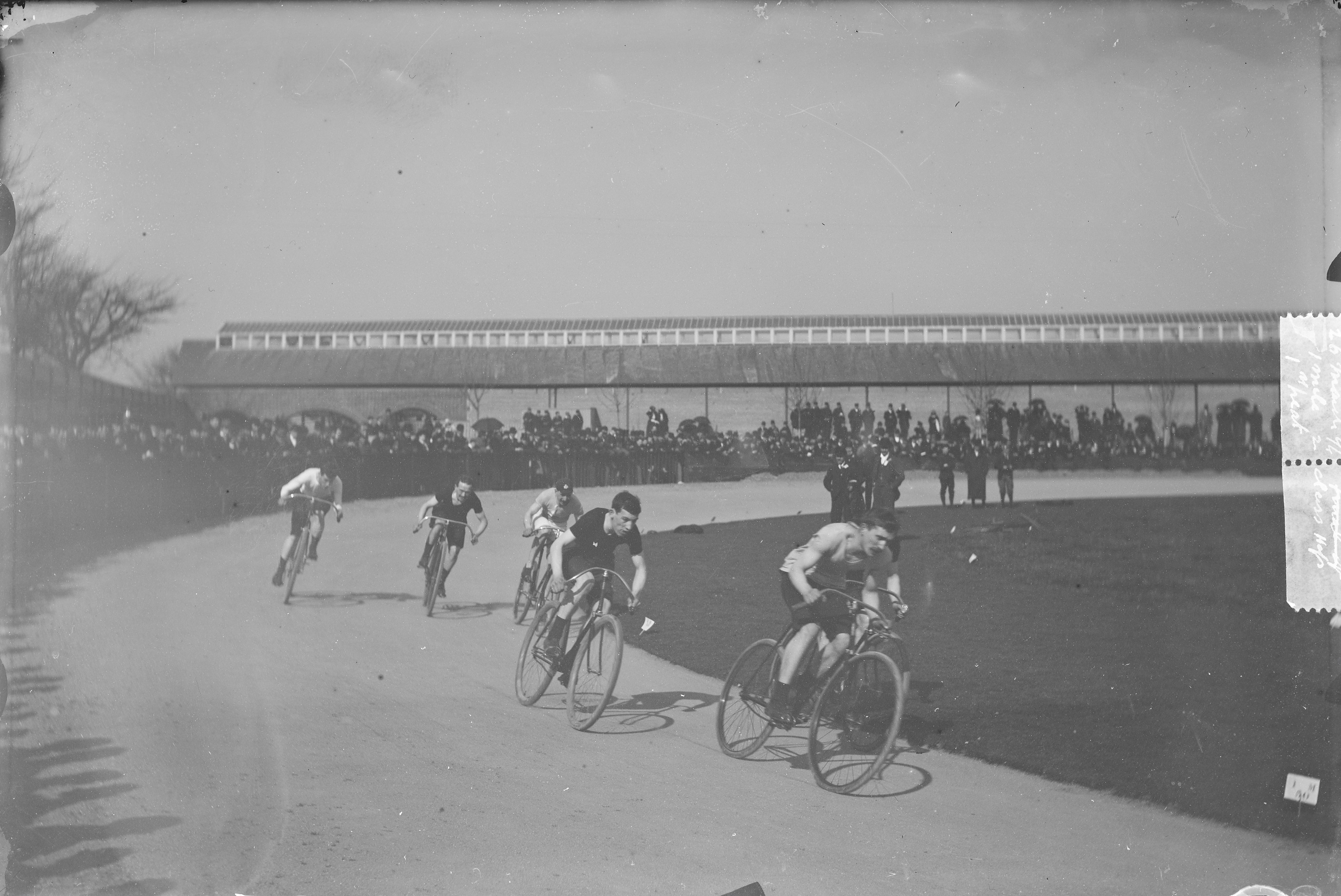 Try to find the date or year when this image was made.
Thanks for contributing!
A fascinating insight into the world of bicycle racing back in the late 1800's complete with tickets attached to the plate! In the early years of cycling such races were commonplace and attracted crowds and prize money. The obvious differences between then and now are the clothing being worn and the handlebars but the technology has changed enormously. It appears to be out forring but given the details of the Dillon's travels that we have uncovered it should be simple enough to establish where it was?