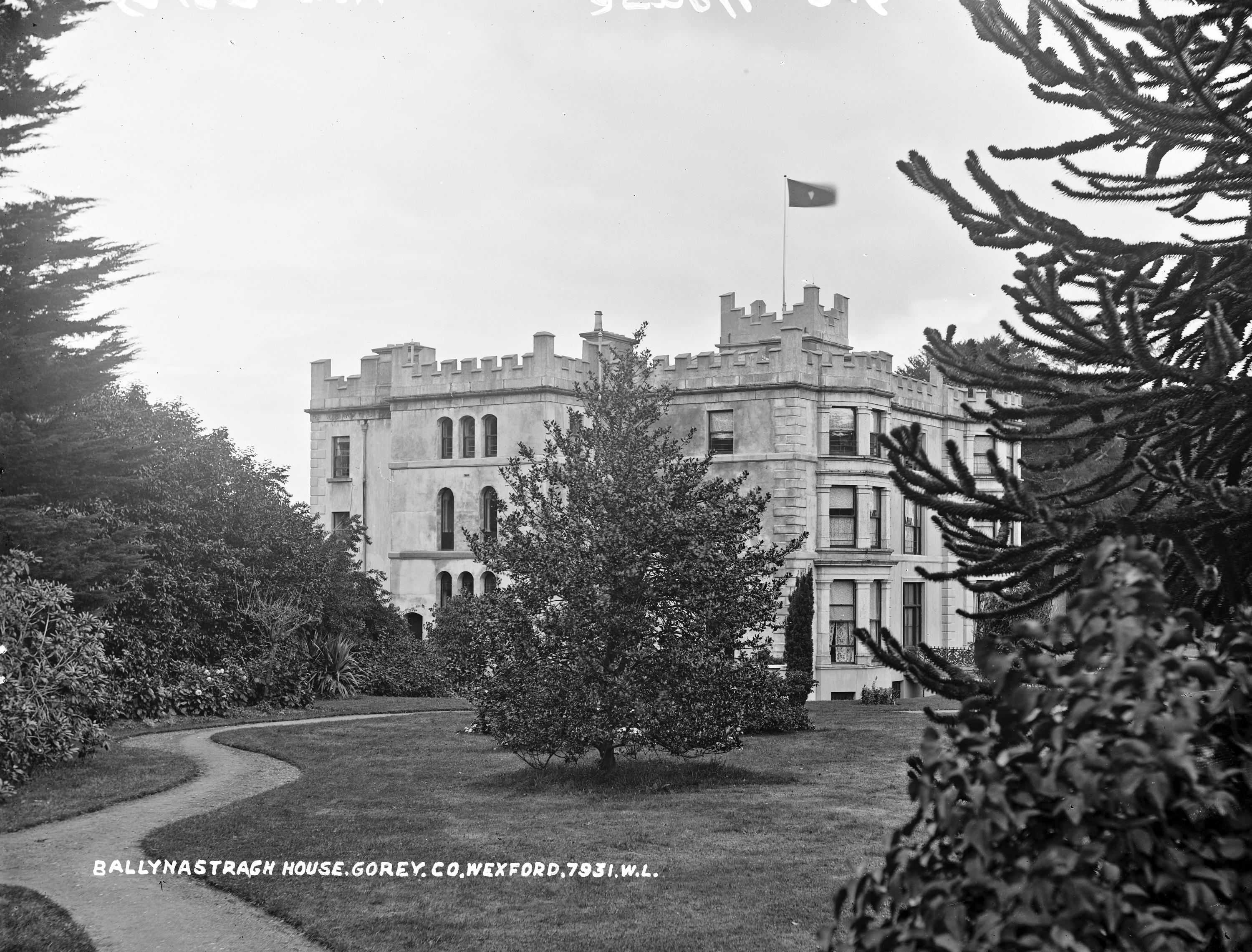 Try to find the date or year when this image was made.
Thanks for contributing!
Ballynastragh House, Gorey, Co. Wexford looks like the perfect doerupper for a modern hotel with it's fine grounds, castellations and lovely bay windows. Who did it belong to when Mr. French came calling and what is it like now?