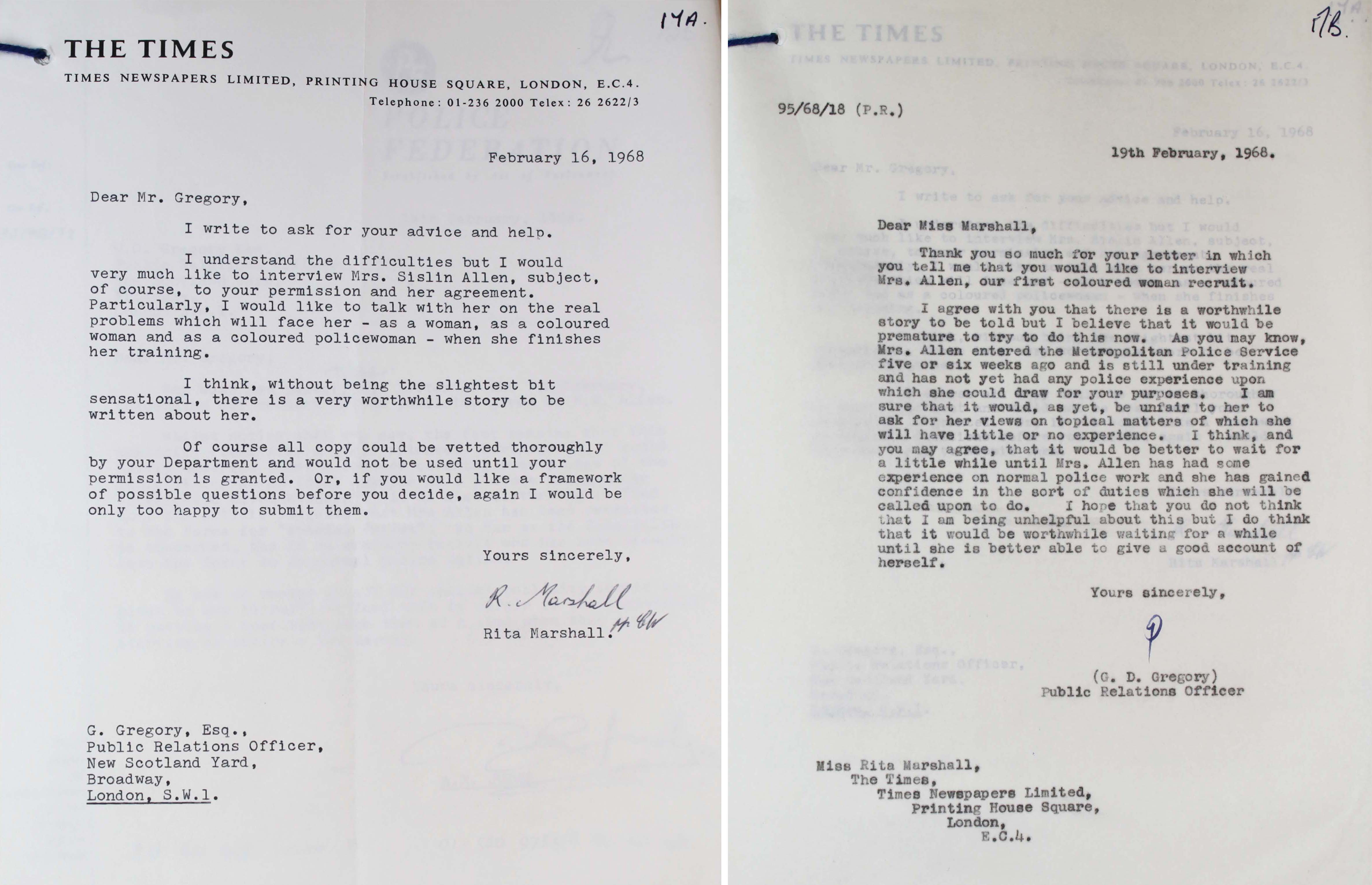 Try to find the date or year when this image was made.
Thanks for contributing!
Document: Letters between the Metropolitan Police and The Times about Sislin Fay Allen, the first Black woman police constable in the United Kingdom, 1968 (MEPO 2/11283)

Sislin Fay Allen was the first Black woman police constable in the United Kingdom. This month's documents were written while she was still in training.

One is a letter from The Times, asking to photograph Allen to do a story on her. The other is a letter to The Times from the press office asking the journalist to wait until Allen has had more experience on the job - she had only been with the force for five or six weeks.

Shortly after starting her new position, Allen dealt with numerous reporters wanting to do a story on her - she later described almost breaking her leg running from them. Allen served in the Metropolitan Police in London from 1968 to 1972. In 2020 she received a lifetime achievement award from the National Black Police Association. She passed away in July 2021.

Learn more in our Film of the Month, which depicts Allen during a training session: media.nationalarchives.gov.uk/index.php/pathe-jamaican-po...