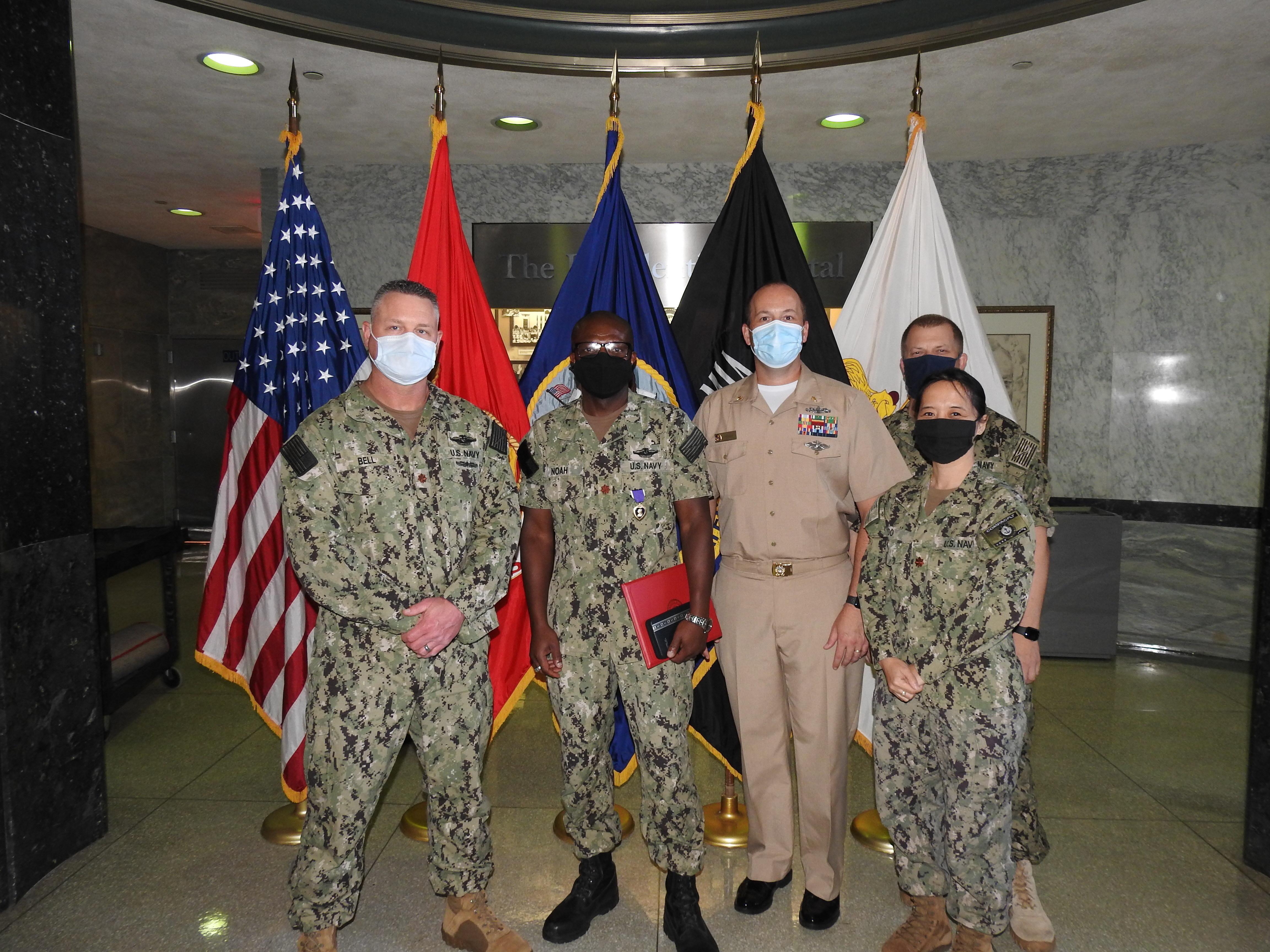 Try to find the date or year when this image was made.
Thanks for contributing!
NML&PDC's LCDR Rodney Noah is awarded the Purple Heart Medal
09.23.2021
Story by Chief Petty Officer Emilio Velez
Naval Medical Forces Support Command

NML&PDC's LCDR Rodney Noah was awarded the Purple Heart Medal for wounds received in action on 15 January 2005 in Iraq. The award was presented by NML&PDC's Commanding Officer, CAPT Rachel Myaing during a ceremony at the front rotunda of the historic Tower at "The President's Hospital", Naval Support Activity Bethesda.
The Purple Heart is the oldest military award still presented to American service members. It was established by General George Washington at Newburgh, New York, August 7, 1782.

The medal is presented to service members who have been wounded or paid the ultimate sacrifice as a result of enemy action while serving in the U.S. military.
LCDR Noah's hometown is North Hollywood, California and has been onboard NML&PDC for 12 months.