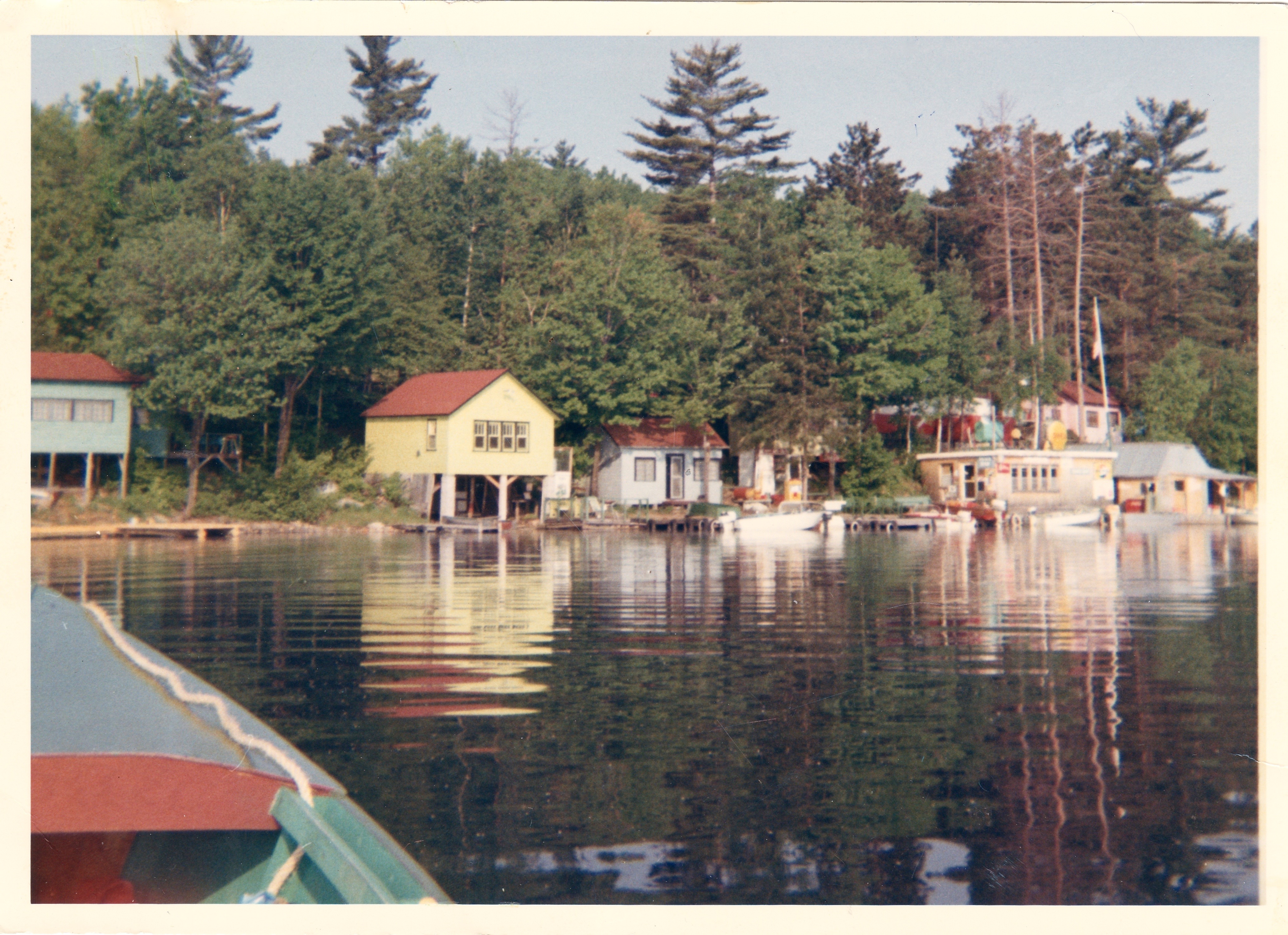 Try to find the date or year when this image was made.
Thanks for contributing!
This photo of Pine Crest Villa was taken in 1974 during the ownership of Ina and Bob Newman. The Newman’s purchased the business from Jim Boales in 1964. Mr. Boales had one gas pump near the highway which required carrying all boat gas to the lake. He also had 6 housekeeping cottages and a snack bar for customers.

During the ownership of the Newman’s the business grew to be the largest marina on the lake. Another gas pump was installed at the lake for the convenience of boaters. A larger restaurant was constructed as well as a store for groceries. A full-service Marine shop and store was built which included a dealership of aluminum boats. Propane was needed around the Mazinaw so a depot for Superior Propane was constructed which included a propane delivery service by boat. A boat taxi and barge service was also added. At one time the Newman’s had a ice boat powered by an airplane propeller. It was later sold to Arnold Flieler.

Ina Newman tells of how their son Chris, (only 7 or 8 years old at the time) drove the barge himself on calm days. One day he was stopped by the OPP and was questioned where was his bailing can. When Chris asked how one uses a bailing can on a barge the OPP could not reply.

Pine Crest Villa was sold to Fred Dorney who operated it about a year before Henry and Louise Hogg purchased it in 1975. The Hoggs continued selling groceries, ice cream and cigarettes for a short time and discontinued the cottage rentals. The home on the property burned in 1982 as was rebuilt into a repair-sales shop for the Pine Crest Marina. A permanent home was built on the west side of Highway 41.

Henry and Louise sold Pine Crest Marina to Adam Snider in 2004 who has since severed the property and converted the shop into a home. Other changes included a larger parking lot for up to 10 cars.

Part of the Ina (Grant) Newman Album
Note: All CDHS Flickr content is available for the public use (non-commercial) providing our Rights Statement is followed:
pioneer.mazinaw.on.ca/flickr_statement.php