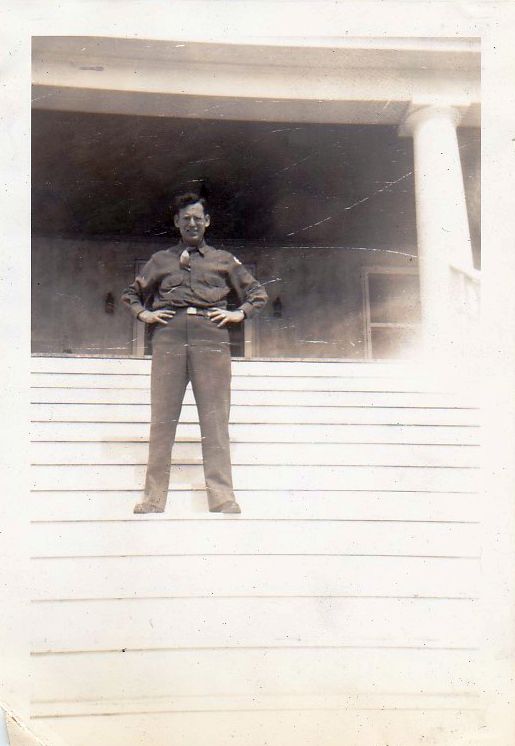 Try to find the date or year when this image was made.
Thanks for contributing!
Photograph of an unidentified U.S. Army anti-aircraft soldier serving with the 514th Coast Artillery (Anti-Aircraft) Regiment, posing on the front steps of the USO Club Building at Harbor Island at Wrightsville Beach, NC, around 1942 or 1943 during World War II. Photograph part of a photo album this soldier kept during the war while he was stationed at Camp Davis, NC [circa 1942-1943].