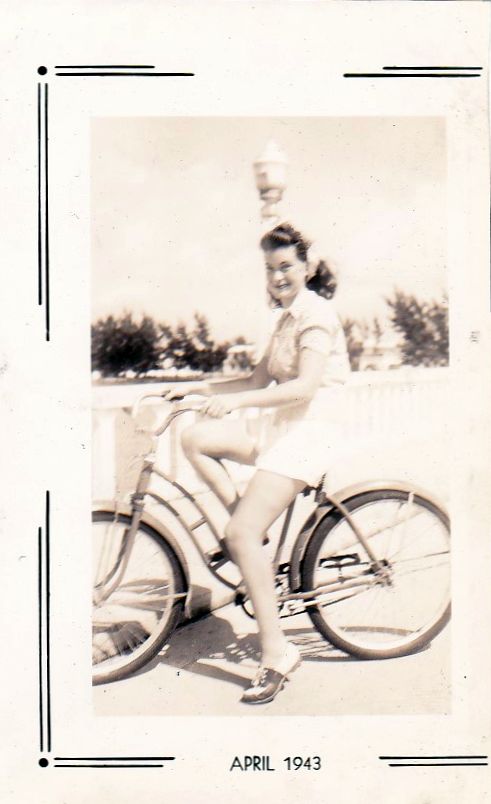 Try to find the date or year when this image was made.
Thanks for contributing!
Photograph of an unidentified young woman sitting on a bicycle outside along on beach at Miami Beach, Florida, around March or April 1943 during World War II. The woman knew an unidentified U.S. Army soldier, who had been serving with the 514th Coast Artillery (Anti-Aircraft) Regiment at Camp Davis, NC, around this time. Photograph part of a photo album this soldier kept during the war [circa March-April 1943] [Print date on photograph is April 1943, but image may have been taken earlier].