Studebaker roadster back from an endurance run, Brisbane to Burketown and return, 1924 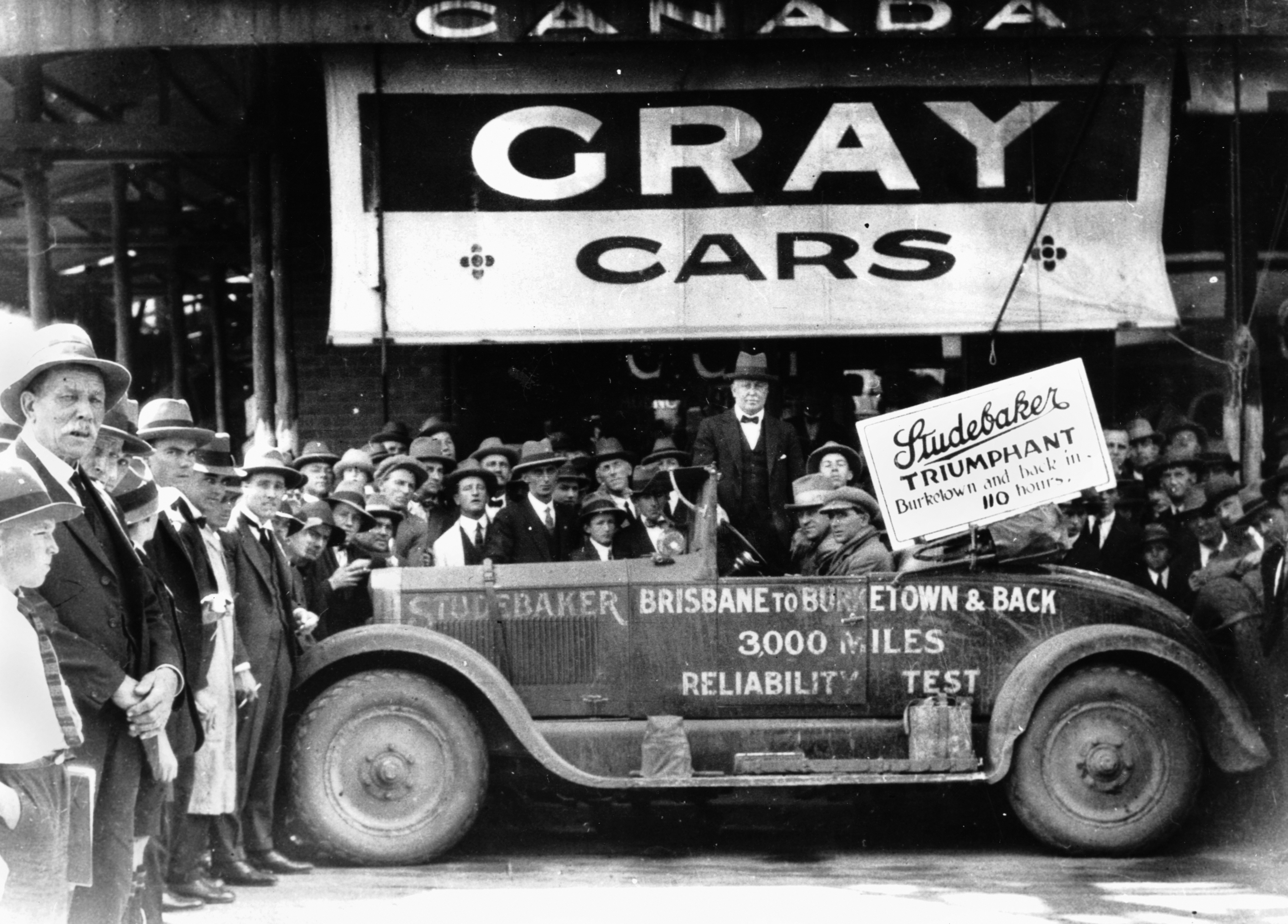 Description: Studebaker Big Six Speedster at the completion of an endurance run from Brisbane to Burketown, covering the 3000 mile (5000km) journey on mostly dirt roads in 110 hours. Some of the modifications for the run include fitment of a bonnet retaining strap, extra spare wheels and recovery gear on the running boards. The headlamps have also been removed, though it is not clear whether this was deliberate or because of damage sustained during the trip. The Big Six Speedster was fully imported from the USA and was powered by a 354 cid. inline six developing a maximum of 65 bhp at only 2000 rpm. The photograph was taken outside the Brisbane branch of Canada Cycle and Motor Agency, who were Queensland agents for Studebaker and Gray cars at the time.

View the original image at the State Library of Queensland: hdl.handle.net/10462/deriv/134434.