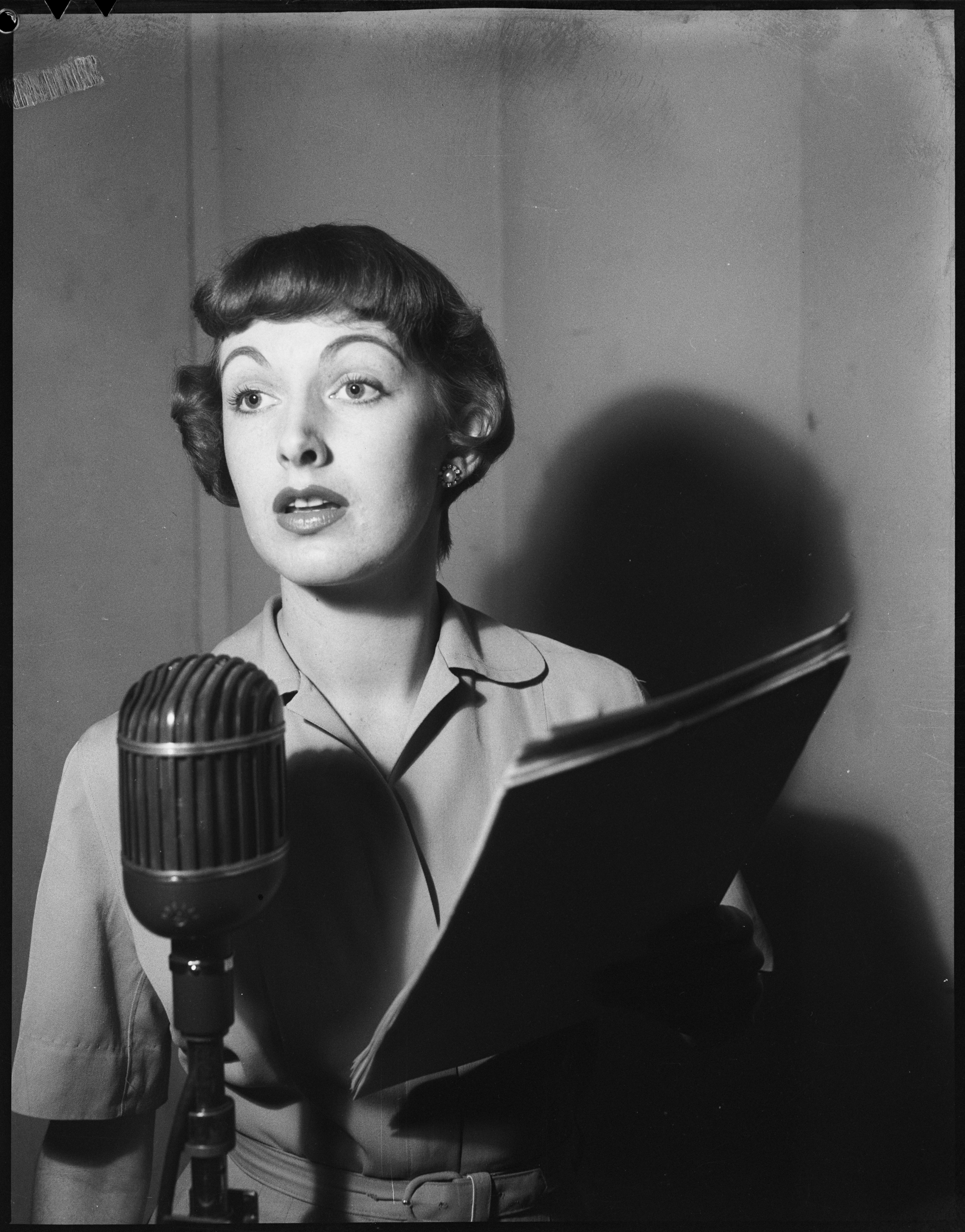 Try to find the date or year when this image was made.
Thanks for contributing!
Margo Lee, television story, 1951, by Eric Francis, ACP News archive, State Library of New South Wales, ON 388/Box 056/Item 093 collection.sl.nsw.gov.au/digital/wlbRNvO8gjKq2

Sydney born actress Margaret Lee (1923-1987) worked in film, radio, the stage and television from the 1940s. Although trained as a concert pianist she abandoned her intended career and found work on 'The Youth Show' where she adopted the stage name 'Margo Lee.' During World War II worked on many radio shows and went on to star in the Lux Radio Theatre. 'Margo' played leading radio roles on Australian Broadcasting Commission plays such as as Major Barbara (1953), The Merchant of Venice (1954), Kind Hearts and Coronets (1959), The Importance of Being Earnest (1964) and (Sir) Noël Coward’s comedies.