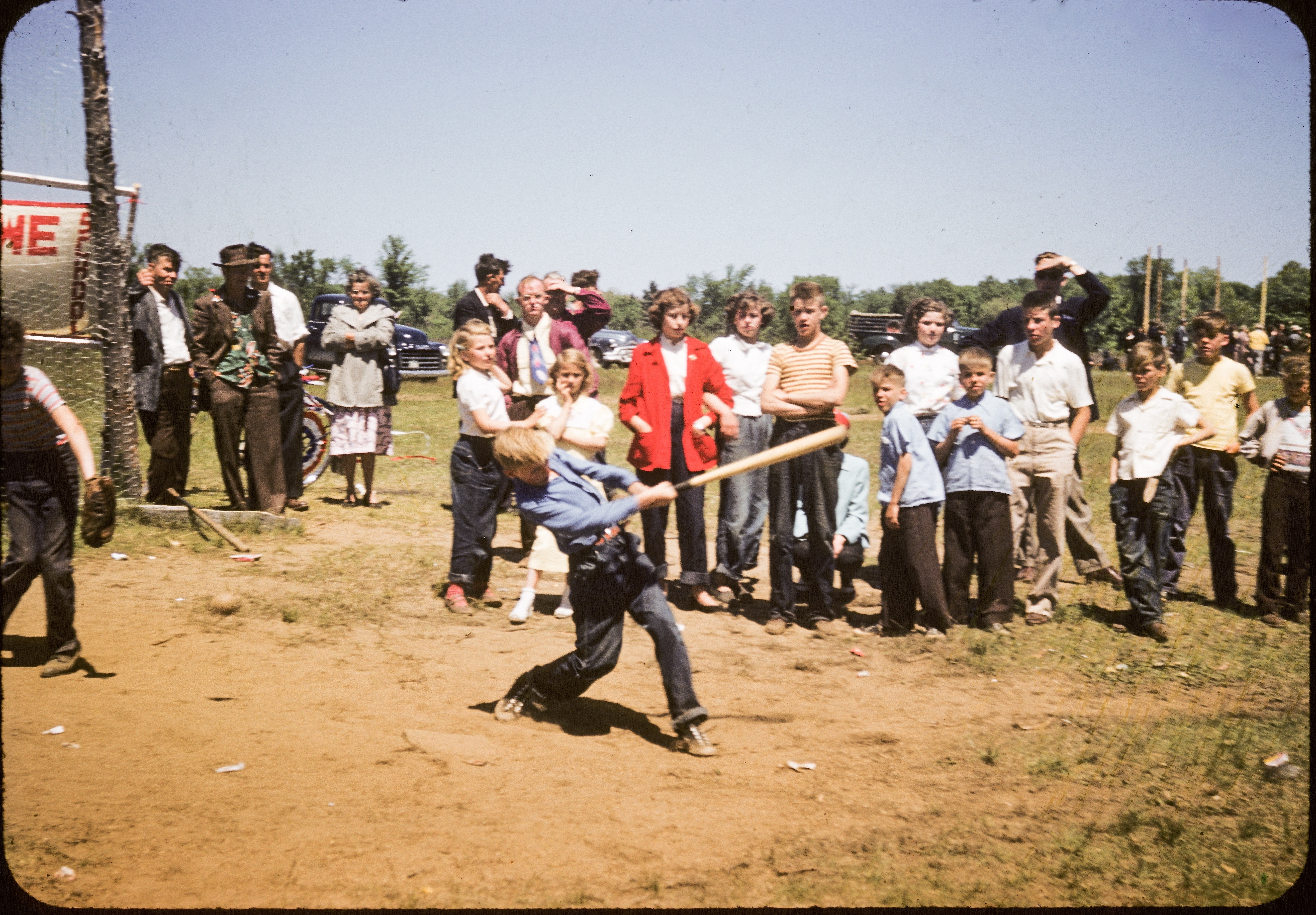 Try to find the date or year when this image was made.
Thanks for contributing!
Branch 328 of the Canadian Legion sponsored the Coronation Day festivites. A ball tournament was held at Henry Lloyd's which was located immediately south of Pine Meadow Nursing Home in Northbrook (near the former helicopter pad).

John Bolton remembers the day - he would have been about 14 years old. Students planted trees in Flinton in the morning near the old Continuation School. Later they were bused to Northbrook for a ball tournament among local schools and an afternoon picnic.