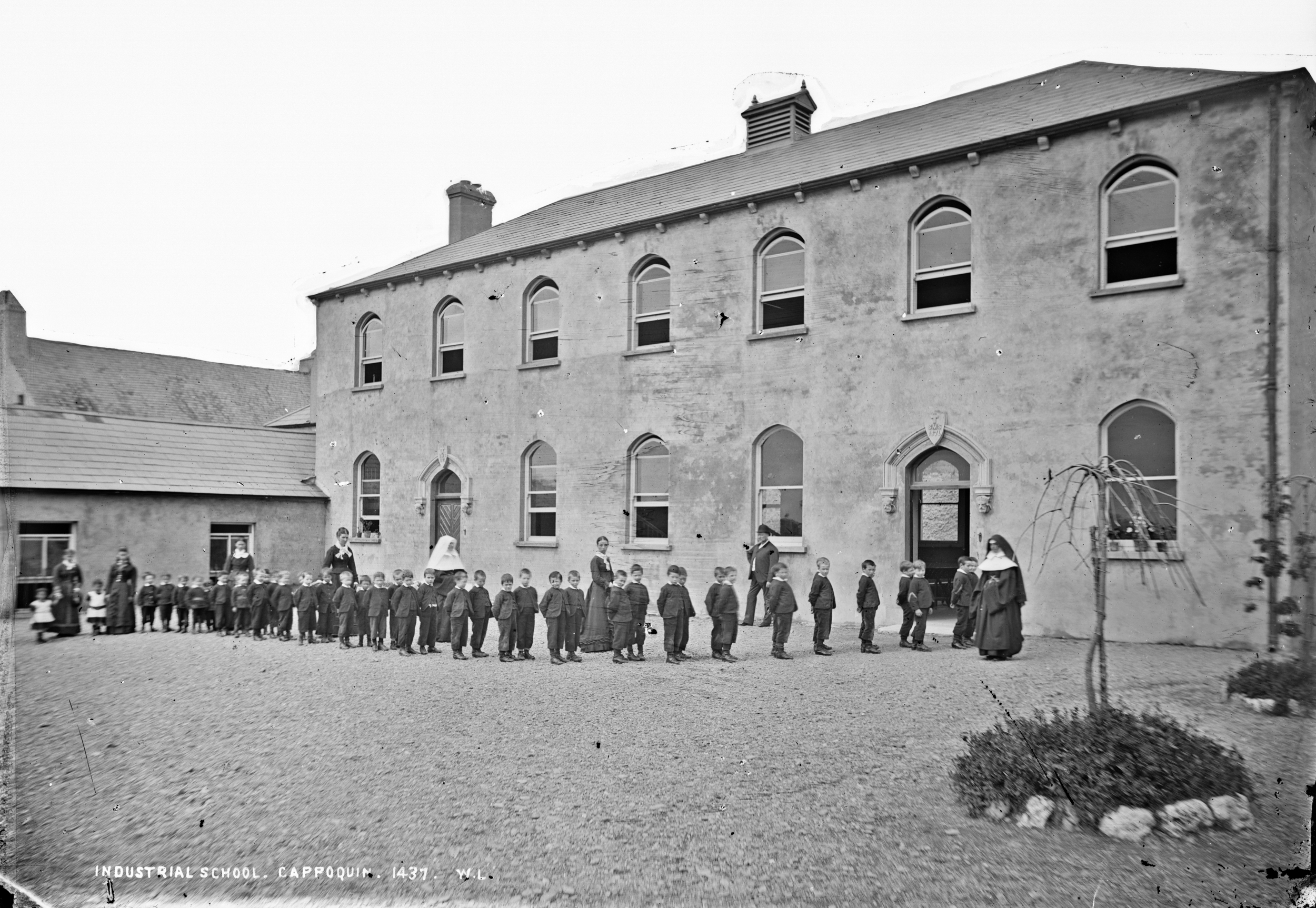 Try to find the date or year when this image was made.
Thanks for contributing!
Any photo of an Irish "Industrial School" reminds us of the awful reports which we have read from inquiries which happened years after most of the people shown in this photo had passed away. There are not many smiles to be seen, smiles were not part of photography then, and I think it is fair to say that smiles were probably not a big part of their lives at that time either.