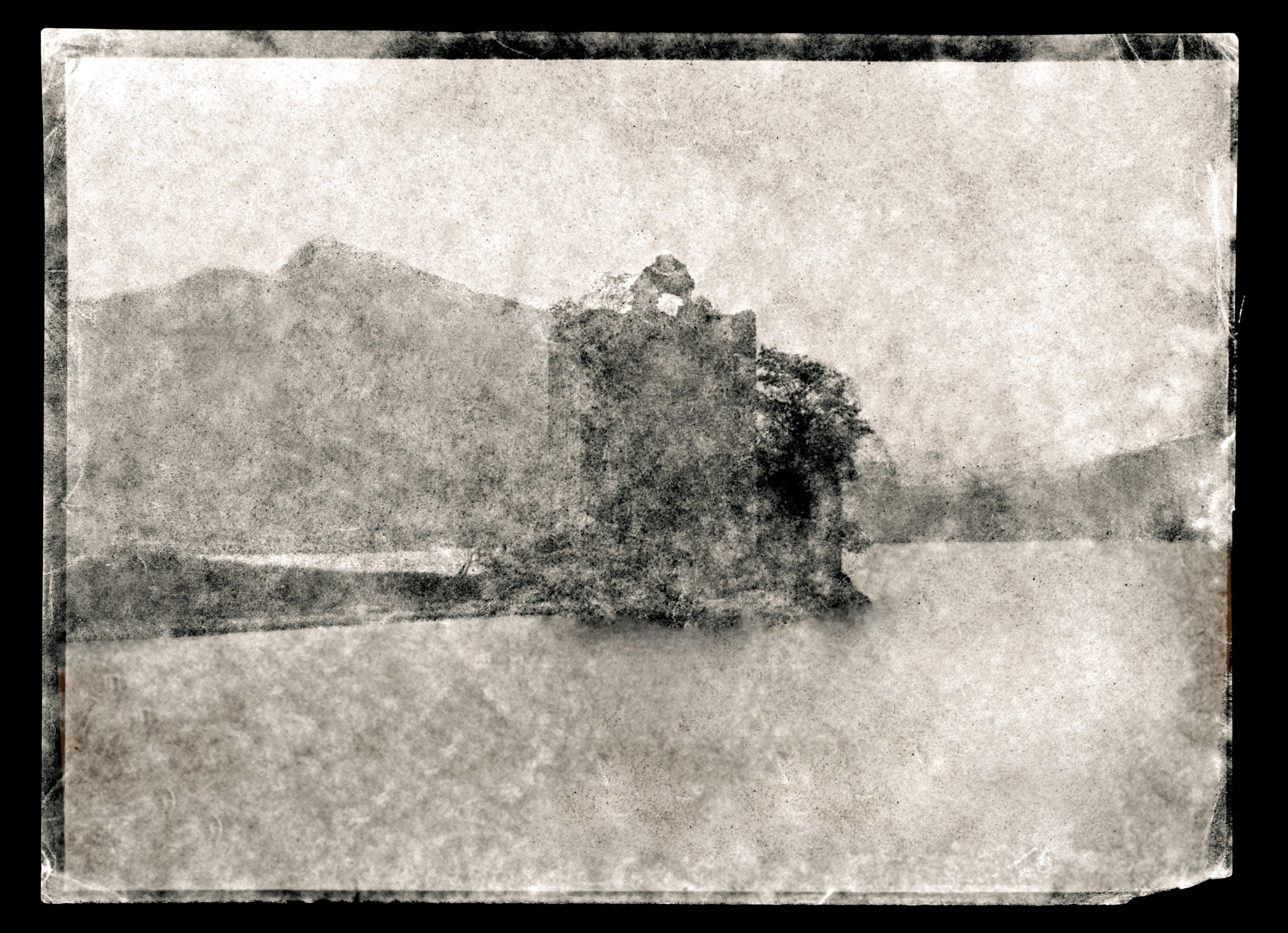 Try to find the date or year when this image was made.
Thanks for contributing!
This image from a Calotype negative (inverted to positive in this image) is probably the earliest photographic record held by PRONI – dating from around 1843. The Calotype process (which was developed by Henry Fox Talbot just three years earlier), was a revolutionary way to produce a paper negative that could be used to make multiple salted paper positive copies. This was achieved by simple contact printing that only required sunlight to print. Very few Calotype negatives remain today – especially ones from the early 1840s, so close to the invention of the process.

Our calotype negative was discovered between the leaves of a journal written in 1834 by Belfast businessman and owner of the Soho Iron Works, Robert Shipboy McAdam. McAdam, or a later reader of the journal, had been using the negative as a bookmark! The image, although faint and grainy, is of a castle or tower-house beside a lake. It was identified by Historic Environment Scotland for us as an early photographic depiction of Carrick Castle in Argyll, Scotland.