Gnomes from Zurich to Swinford 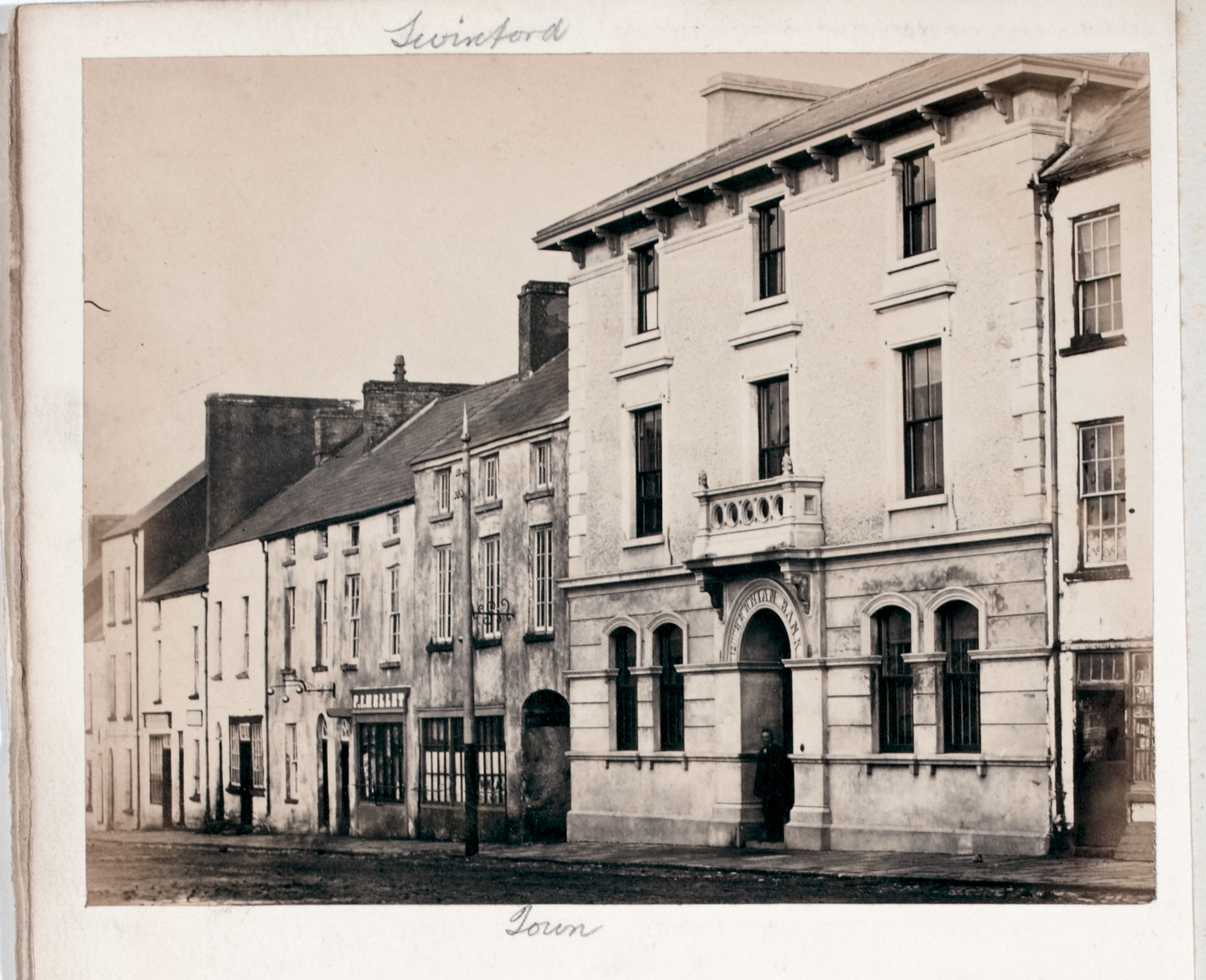 Try to find the date or year when this image was made.
Thanks for contributing!
The phrase "The Gnomes of Zurich" was probably not invented when the redoubtable Mr. Wynne took this photo of the Bank in Swinford but the dark man lurking in the doorway would probably have resented such a title? I don't think we have posted an image such as this from Wynne beffore but that makes it all the more interesting!