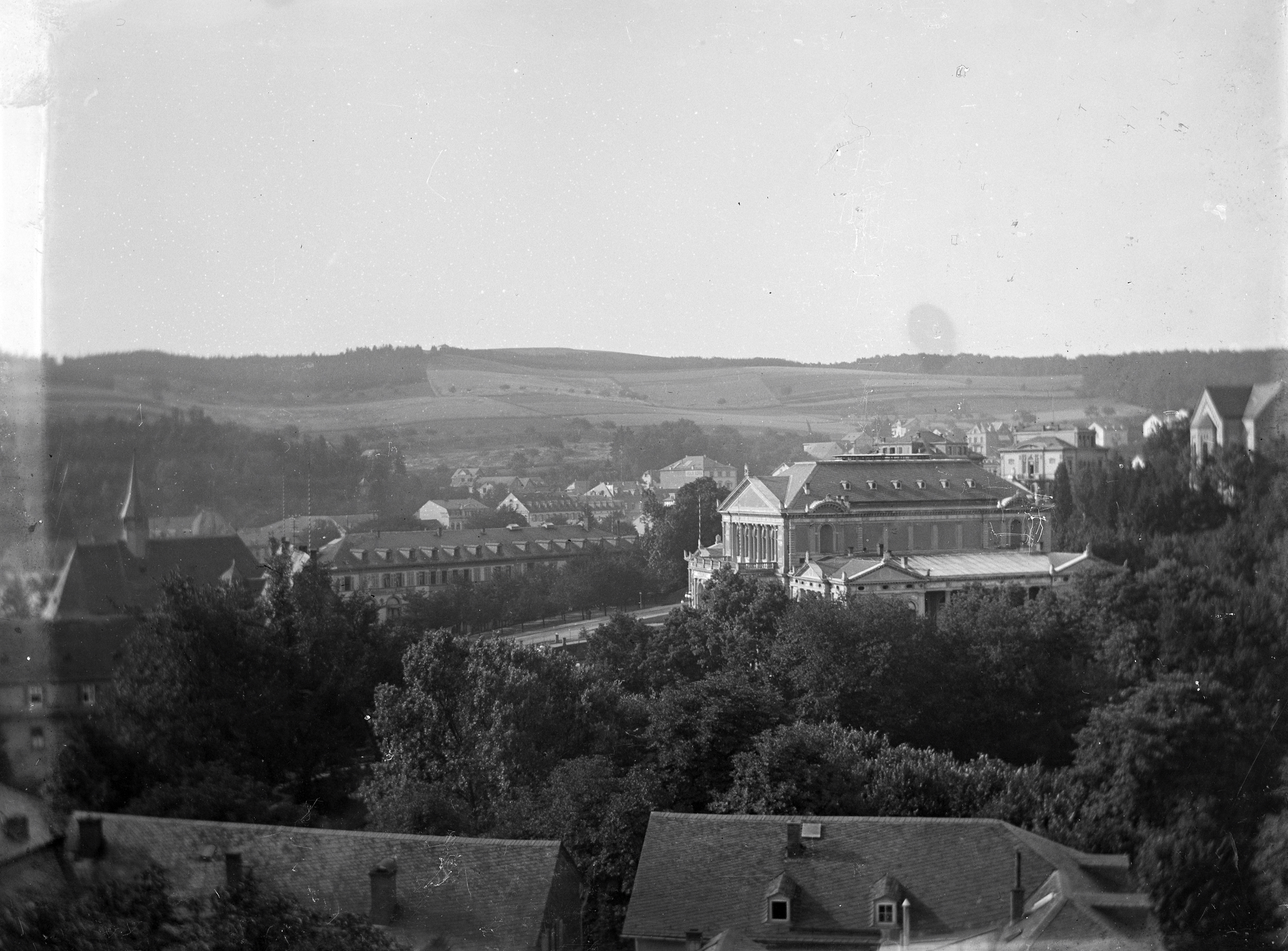 Try to find the date or year when this image was made.
Thanks for contributing!
After the long weekend and the ending of the lockdown a trip out foreign seems just the thing to start the week! A view out over the roofs of a city somewhat larger than the metropolis of Ahascragh with a distinctive building in the right foreground. Church, Opera House, Railway station????