A Celebration of priests and a Display of bridesmaids! 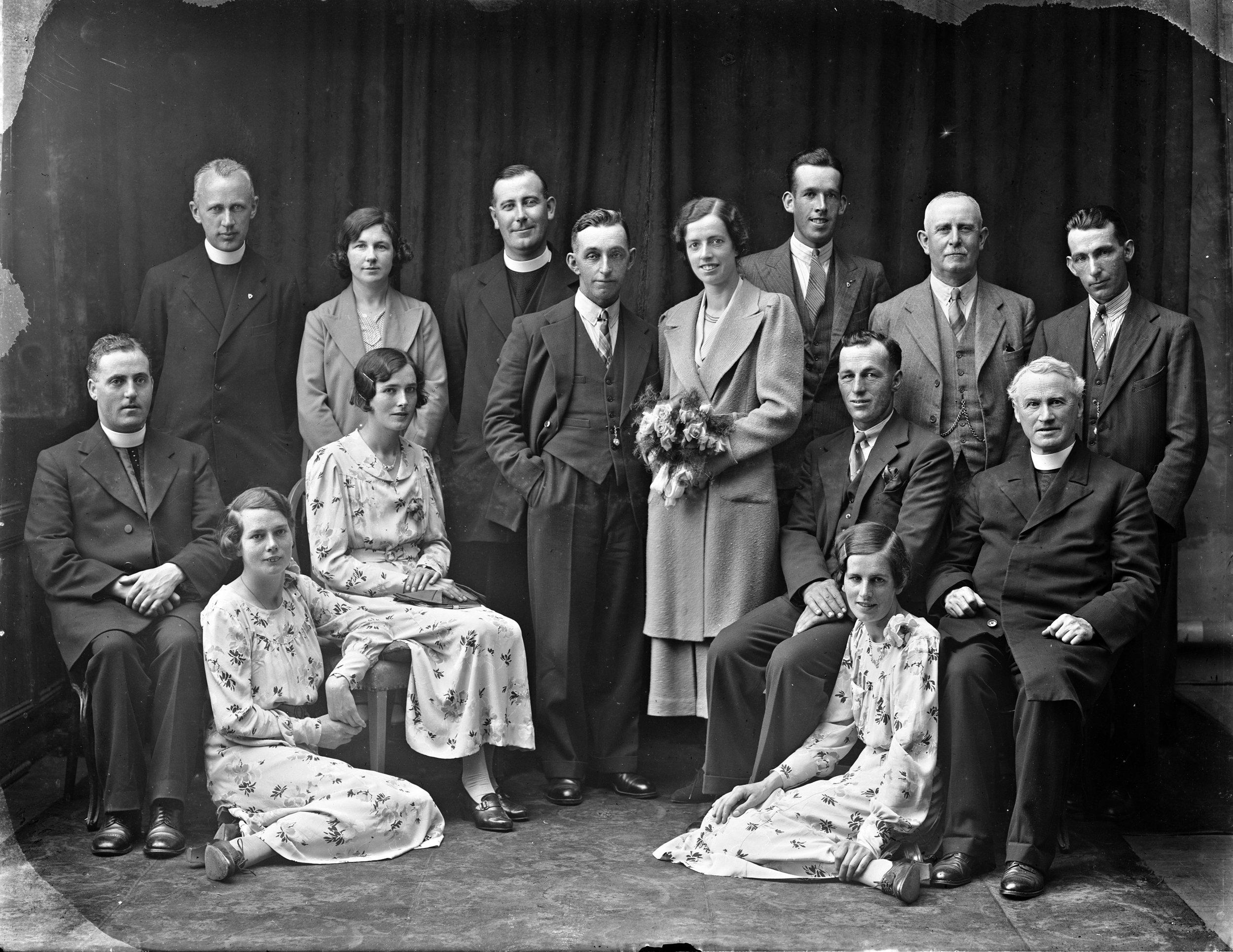 Try to find the date or year when this image was made.
Thanks for contributing!
This fine wedding group, commissioned by Mr William Lennon of Lisnageeragh, Bonmahon has four priests and three bridesmaids among the party of fourteen. The bride was obviously impressed with Mrs. Holohan's dress of last week, and ordered similar material and design for her big day? I like the bride’s happy smile, and hope she enjoyed a long and happy married life?