Back of Rich Rock, Golden Fleece Mine (photo back) 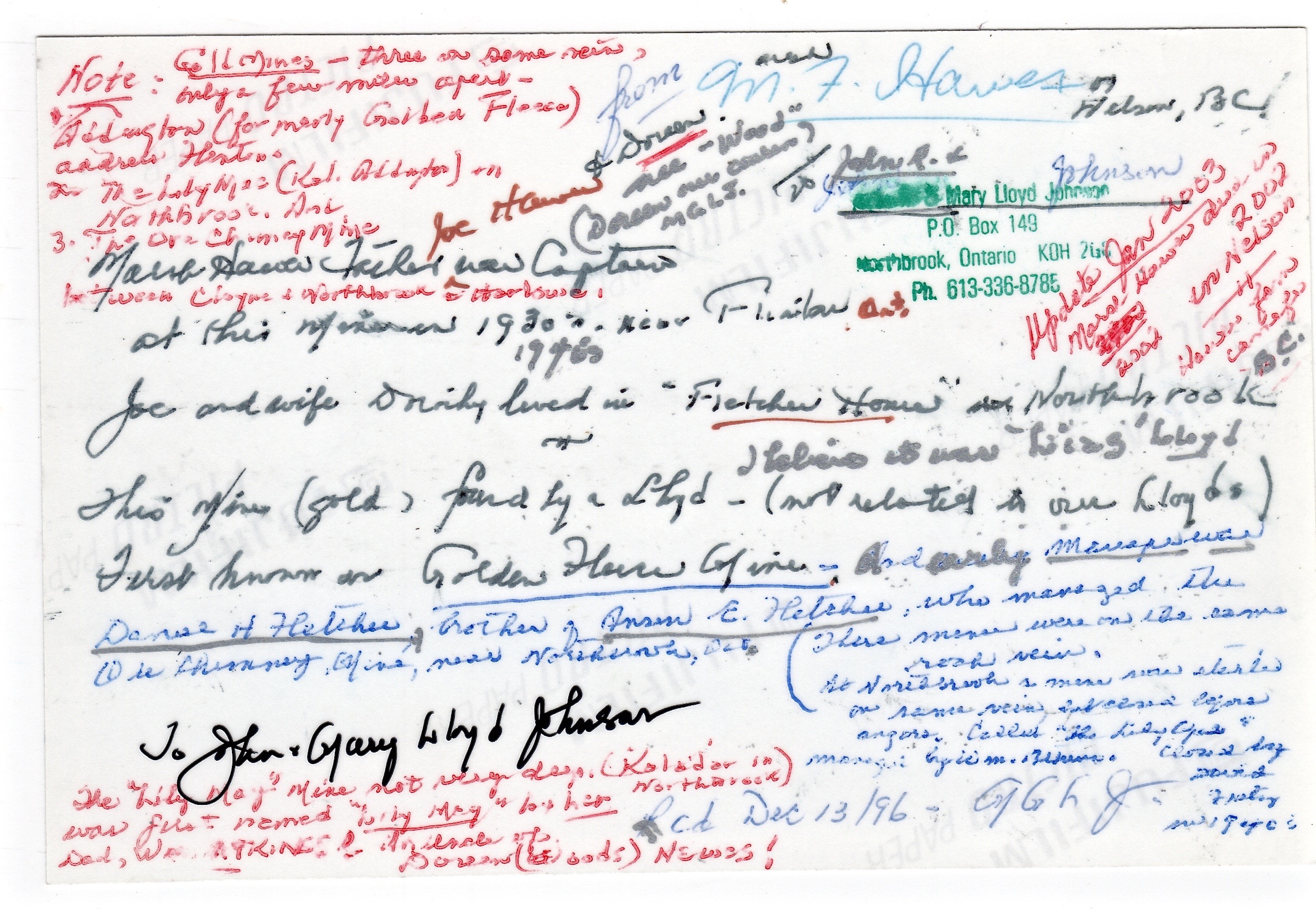 Try to find the date or year when this image was made.
Thanks for contributing!
This historic photo from Mary Lloyd Johnson’s collection was received by Mark Hawes in Nelson, British Columbia in 1996. It is one of the few photos of the Addington (Rich Rock) Mine in 1937. All that is remaining today is a few foundations and piles of rubble (private property). Mary recorded the history of her photos on the front and back with tiny handwriting. Often the handwriting is difficult to decipher. Here is some of the legible handwriting:
Jack Kingston, Mining Engineer and Bill Wallace, Medical Doctor joined us often for ___ in our Court in Northbrook. In earlier years (1920s) Daniel Fletcher was Manager of this mine in Flinton, Ont. At some time his brother Anson E. Fletcher was Manager of Ore Chimney Mine near Northbrook. Back of photo:
Note: Three Gold Mines on same vein. 1. Addington (formerly Golden Fleece) Flinton 2. The Lily Mac? (Kaladar Addington) in Northbrook 3. The Ore Chimney Mine between Cloyne and Northbrook (Harlowe). Joe and wife Dorothy lived in ‘Fletcher House’ in Northbrook. This mine (gold) was found by a Lloyd - not related to our Lloyds. First known as Golden Fleece Mine. The ‘Lily May’ Mine was not very deep (Kaladar in Northbrook) was first named ‘Lily May by her Dad….

Unfortunately much of the writing is open to interpretation. Perhaps viewers can piece together history from the writings.

Part of the Mary (Hope) Forbes Album
Note: All CDHS Flickr content is available for the public use (non-commercial) providing our Rights Statement is followed:
pioneer.mazinaw.on.ca/flickr_statement.php