Towering above the town 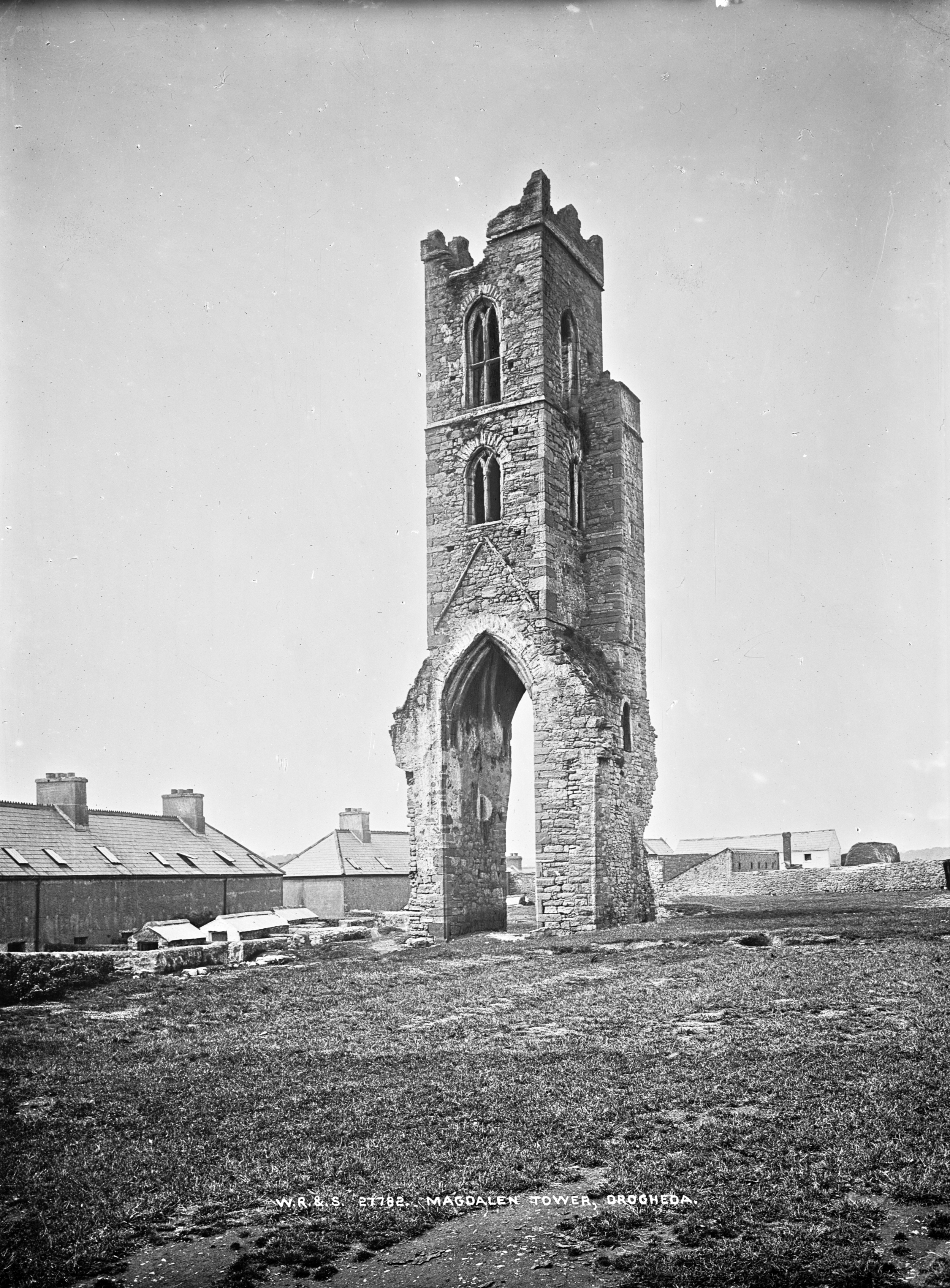 Try to find the date or year when this image was made.
Thanks for contributing!
Drogheda, an ancient town at the mouth of the River Boyne, with a long and distinguished history, and many reminders of its architectural splendours. The Magdalen Tower is one of the most prominent, jutting up like a last remaining tooth in the mouth of an old man. The surrounding area is much more developed now, so can the existing buildings help us to date the photo?

+++ UPDATE +++
Bonzer that an article in an Adelaide, South Australia newspaper – the Southern Cross – gave us a narrower date for this one. Our roving Australian correspondent, beachcomber australia found an article describing the installation of railings around the Magdalen Tower on 15 August 1906. So this one drops from a date range of 40 years, to 6 years, i.e. 1900 to August 1906.

Date: between 1900 and August 1906 (before railings were erected around the tower!)