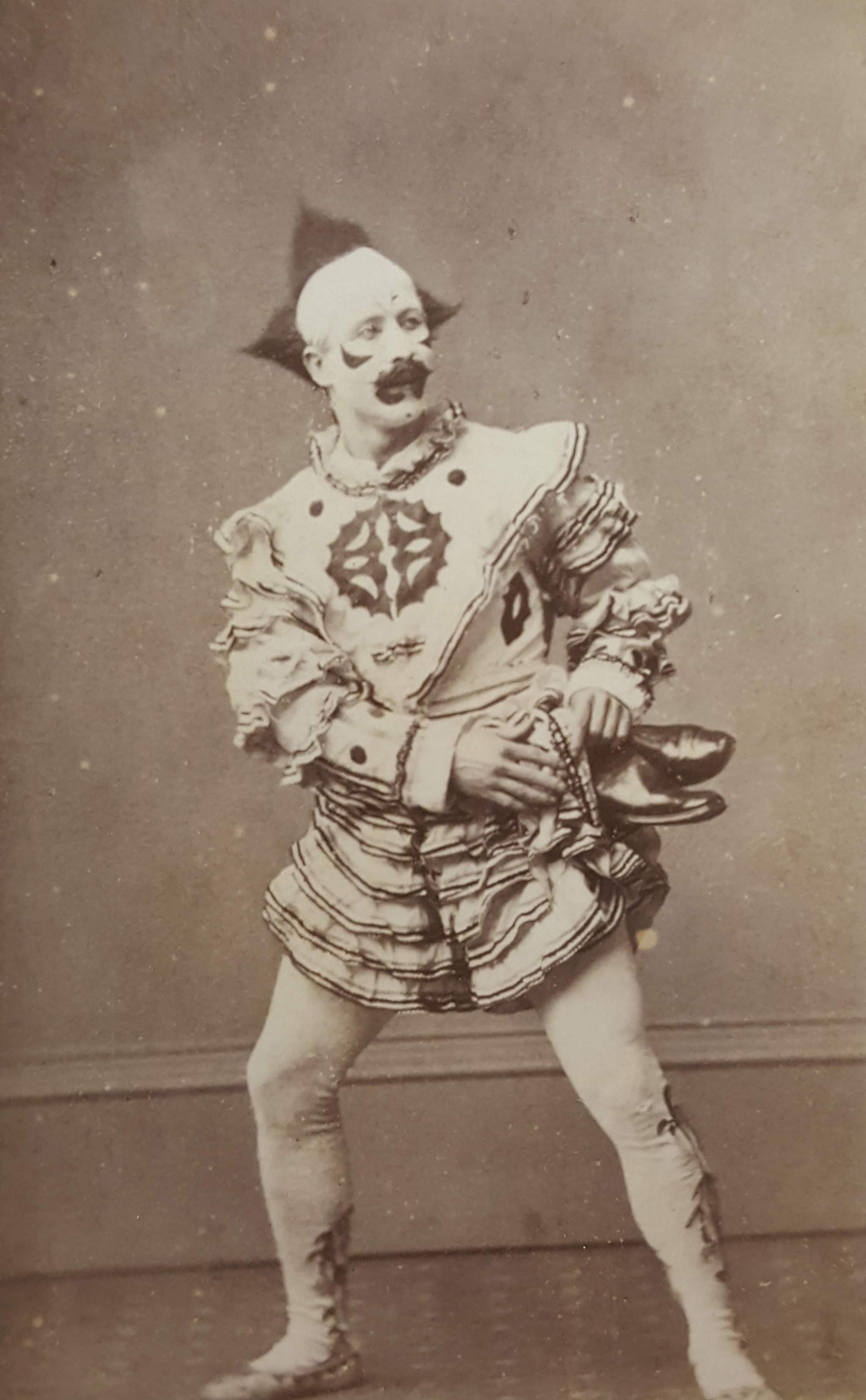 Try to find the date or year when this image was made.
Thanks for contributing!
The photo is of Harry Payne one the most successful clowns of the mid to late nineteenth century. In this picture we can see how elaborate the clown costume had become but also traces of the modern clown and the more traditional figure found in what was referred to as the harlequinade.

Payne’s career marks the transition from the “Dumb show” or comic mime, a British comic form developed C17th and mid C18th into a more modern form of clown. The old form often referred to as the Harlequinade saw the harlequin and clown play the principle parts in a pantomime. Originally a silent act it later incorporated some dialogue and was often shown at the end of a show s a comic foil to a more serious performance. An often elaborate magical transformation scene, presided over by a fairy, which changed the first part of the pantomime, and its characters, into the harlequinade. In the late 18th and 19th centuries, the harlequinade became the larger part of the entertainment, and the transformation scene was presented with increasingly spectacular stage effects.