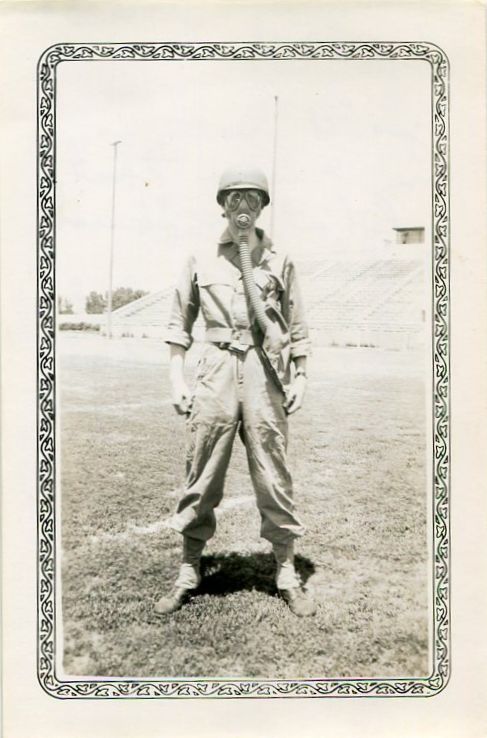 Try to find the date or year when this image was made.
Thanks for contributing!
Photograph of U.S. Army Air Forces aviation cadet Alexander A. Carlyle Jr. of Raleigh, NC, wearing a gas mask and his Army flight gear, standing in a field at an unidentified location near Hays, Kansas, around 1943. Photograph taken while Carlyle Jr. was attending classes at Fort Hays Kansas State College in Hays as part of his U.S. Army Air Forces aviation cadet program training during World War II. He was serving in 83rd College Training Detachment, Flight 4, Section A, at the college. Caption on the back of the photograph: “Guess Who? Yes, ‘it’ really is me. I wore that a lot at Sheppard Field. Get a load of that helmet, gas mask and leggins. I’m sure glad that I don’t have to go through that again” (circa 1943).