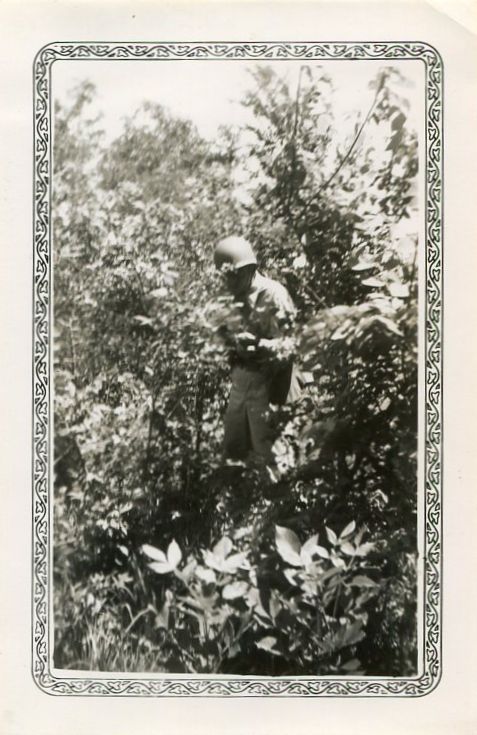 Try to find the date or year when this image was made.
Thanks for contributing!
Photograph of U.S. Army Air Forces aviation cadet Joe Fox, surrounded by shrubbery and greenery, aiming his rifle at the camera while in an unidentified location near Hays, Kansas, around 1943. Photograph taken while Alexander A. Carlyle Jr. of Raleigh, NC, was attending classes at Fort Hays Kansas State College in Hays as part of his U.S. Army Air Forces aviation cadet program training during World War II. He was serving in 83rd College Training Detachment, Flight 4, Section A, at the college. Fox and Carlyle were friends and classmates in the cadet program. Caption on the back of the photograph: “Joe Fox” (circa 1943).