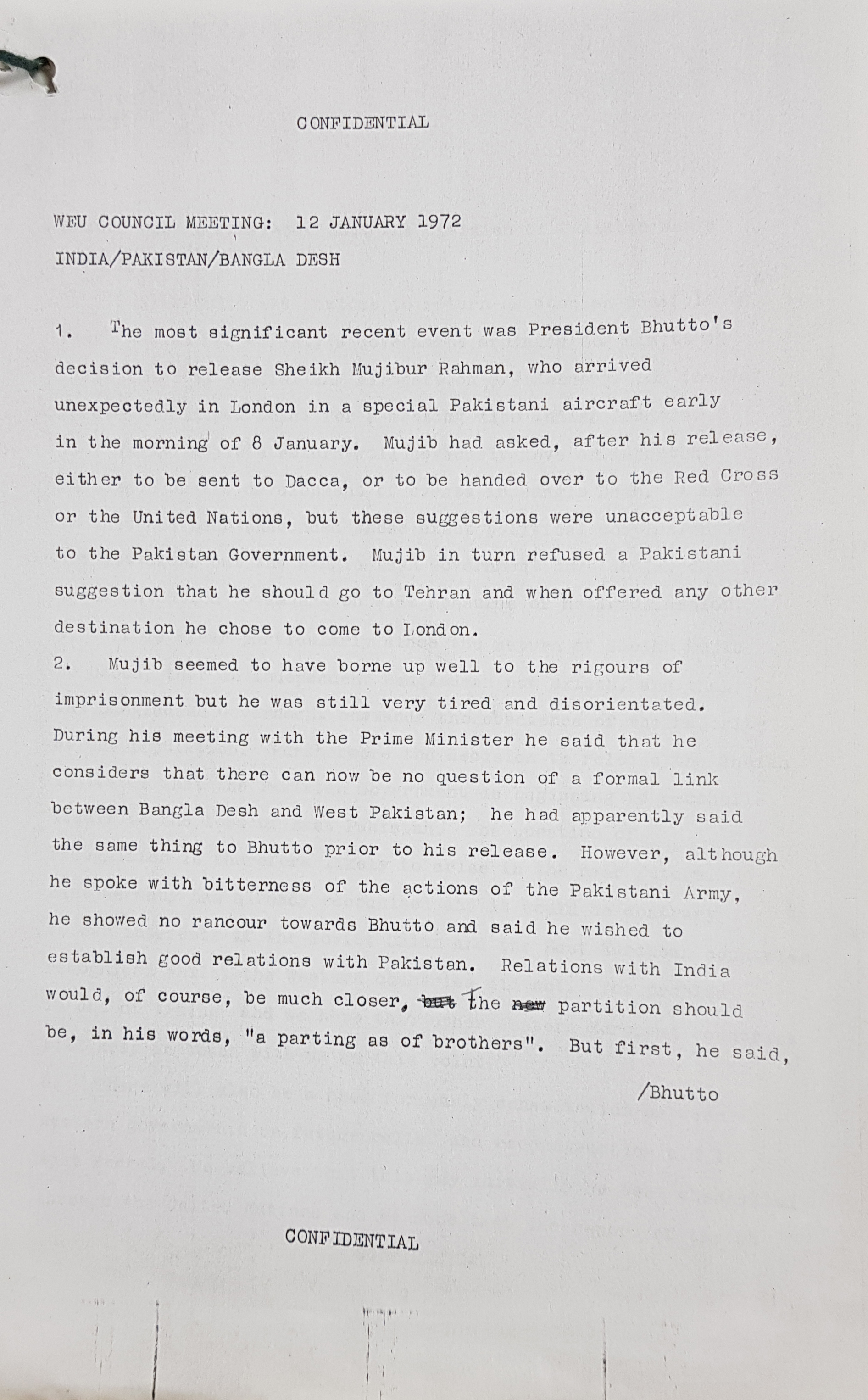 Try to find the date or year when this image was made.
Thanks for contributing!
Our Education Document of the Month recognises the 50th anniversary of the independence of Bangladesh, first declared 26 March 1971.

It records the arrival of Sheikh Mujibur Rahman, the first president of Bangladesh, in London after his release from solitary confinement in West Pakistan after the end of the 1971 Bangladesh Liberation War. He was flown to London, where he met with prime minister Edward Heath, before eventually returning to Bangladesh to take up his new role.

According to the document, Mujib expressed his wish for good relations between Bangladesh and Pakistan: “The partition should be in his words ‘a parting as of brothers’”.