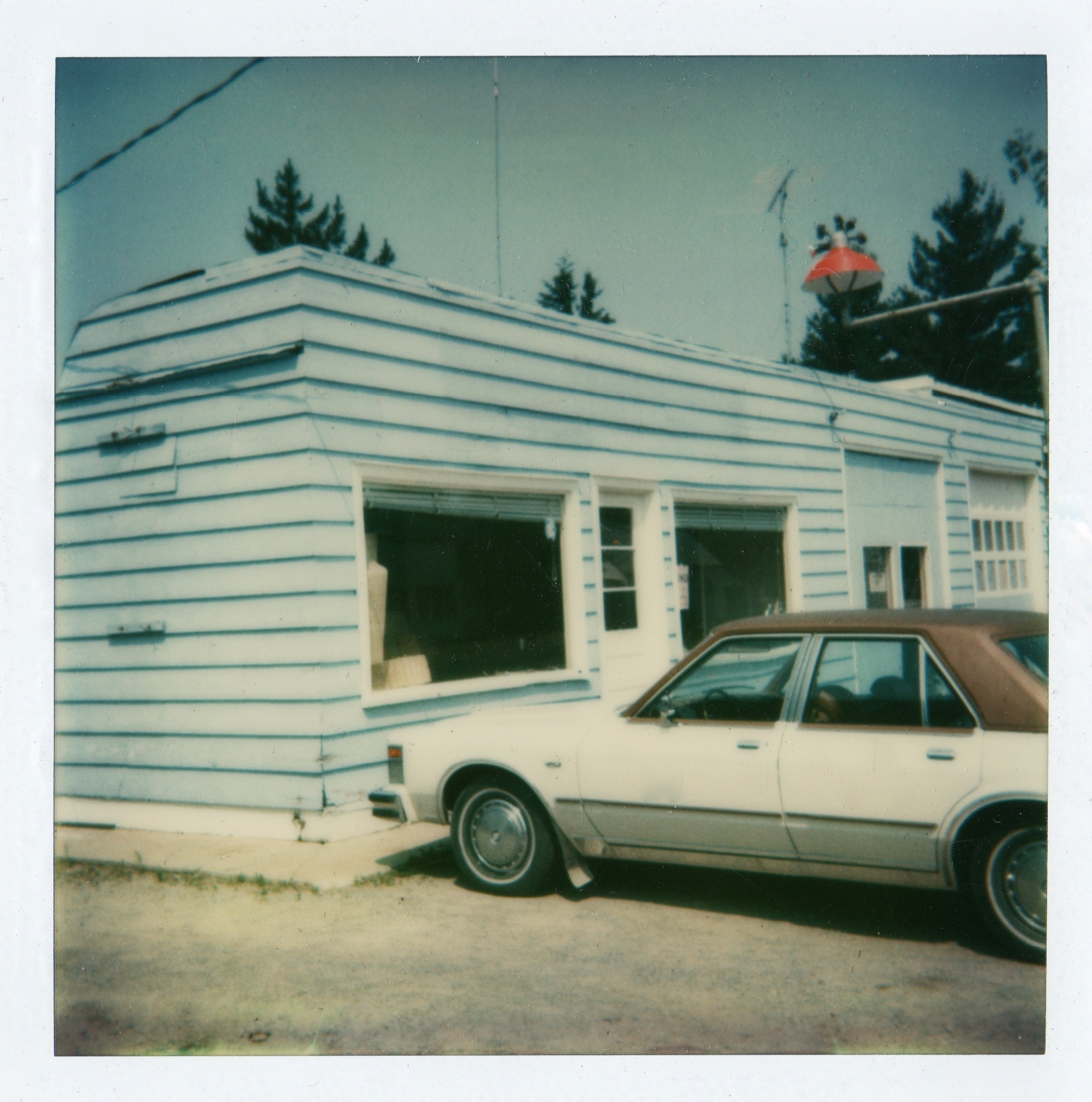 Try to find the date or year when this image was made.
Thanks for contributing!
This barn (garage) was an original building at the Delibrook in Northbrook. There were also gas pumps at one time in front of this building. It was removed in 1985 when the new Freshmart was built by Richard and Olive Hook in the same location.

Thompson's store (and later, Delibrook - Lucky Dollar) would have been to the left (south) of the photo and the Northbrook Hotel is to the immediate right (north). Today, the Foodland would be at the same location as this building with the parking lot to the left (south).

Part of the Richard & Olive Hook Album
Note: All CDHS Flickr content is available for the public use (non-commercial) providing our Rights Statement is followed:
pioneer.mazinaw.on.ca/flickr_statement.php