An ivy-covered Ivory Tower – The Abbey? in Enniskillen 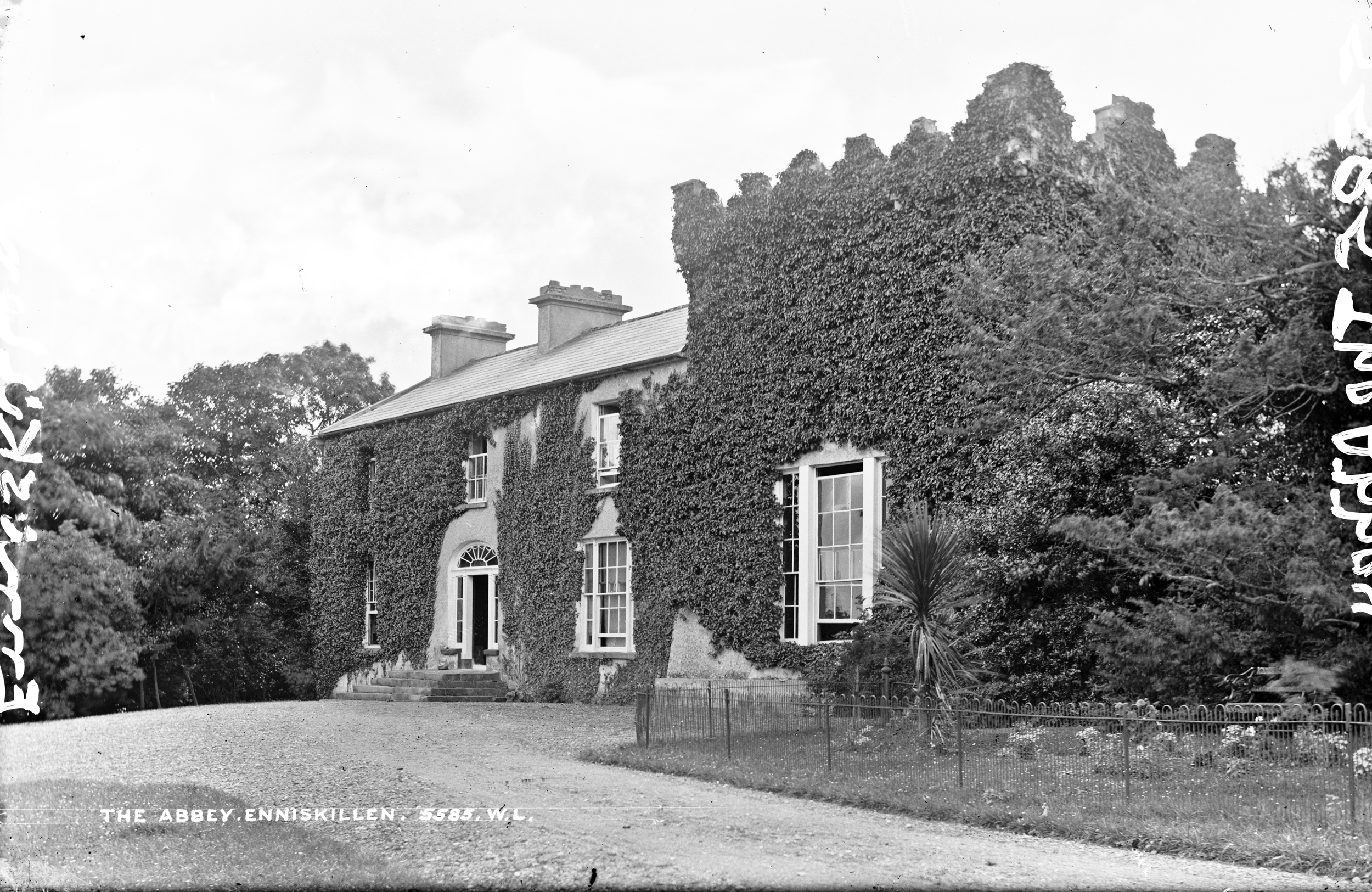 Try to find the date or year when this image was made.
Thanks for contributing!
The Abbey, Enniskillen looks to be an idyllic home with it's castellated tower and ivy covered walls. A place of safety with well lit rooms, bookcases, antique furniture and elegant people enjoying music, art and good conversation - but enough about my place:-) What can we find out about The Abbey and why did it get that name?

+++ UPDATE +++
Not so much on the origins of the name, but we did find out this was Lisgoole Abbey – thanks Sharon Corbet). And thank you too for dating help (not of the Tinder variety!), beachcomber australia as the battlements were bothering me. These weren't added to the front of the house until 1910, “making it even prettier”! And have a read down through Niall McAuley’s family reconstructions, from mid-19th century on...