Putting a tiger in your tank... 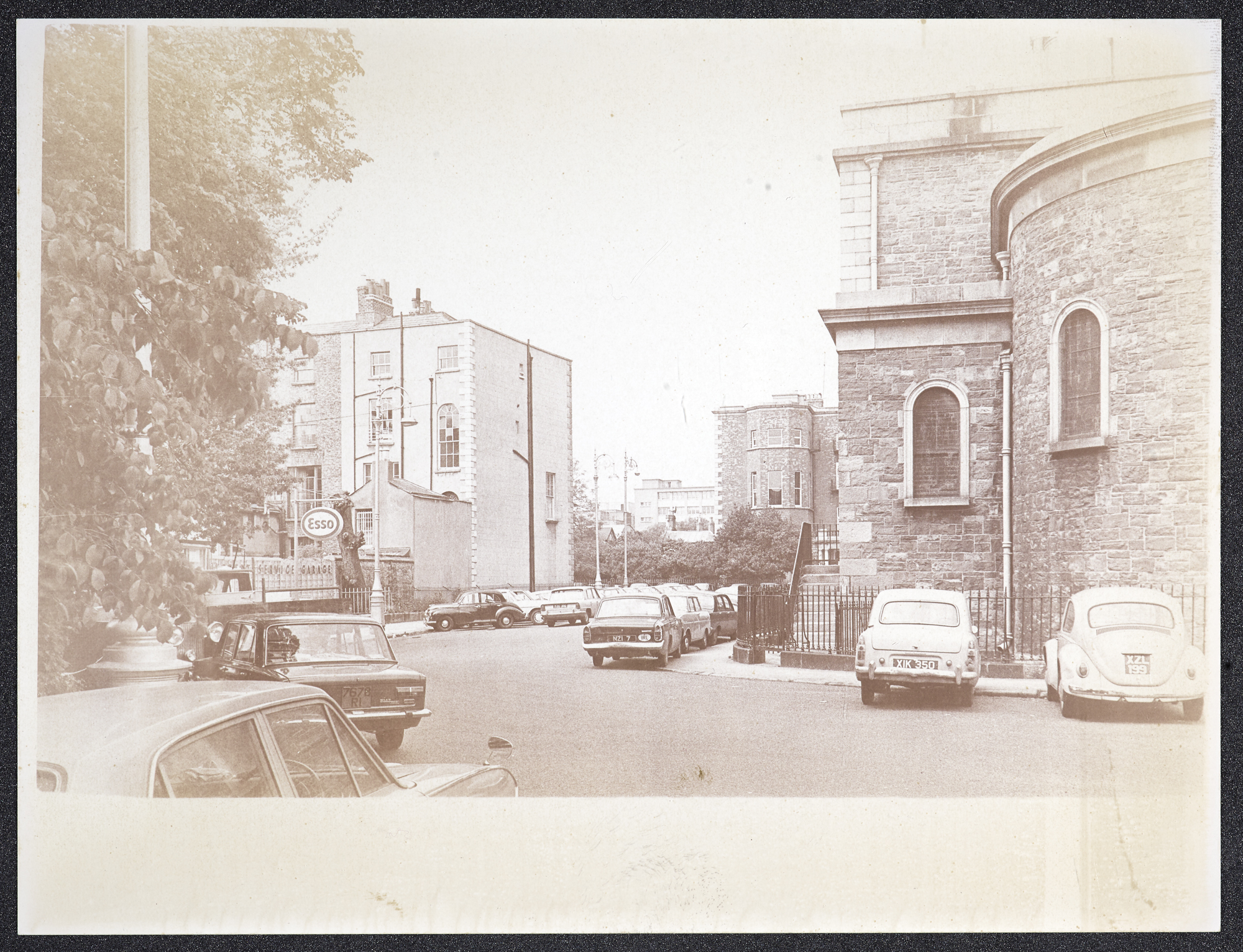 Try to find the date or year when this image was made.
Thanks for contributing!
To the south side of Dublin City today with the usual southside bad parking and indifference to the rule of law! (a Northsider speaks :-) Herbert Street service station with a great variety of car makes and registration for those car nerds among us!

+++ UPDATE +++
An embarrassment of riches of 1960s and 1970s cars here. And the nostalgia for free on-street parking in Dublin was strong with this one! The garage site itself was originally the garden of the corner house of Herbert Place in 1900s and 1930s maps (thank you, Niall McAuley). The modern office building that replaced the garage was built in 1996 – a four storey over basement building, with a mere 8 car parking spaces...