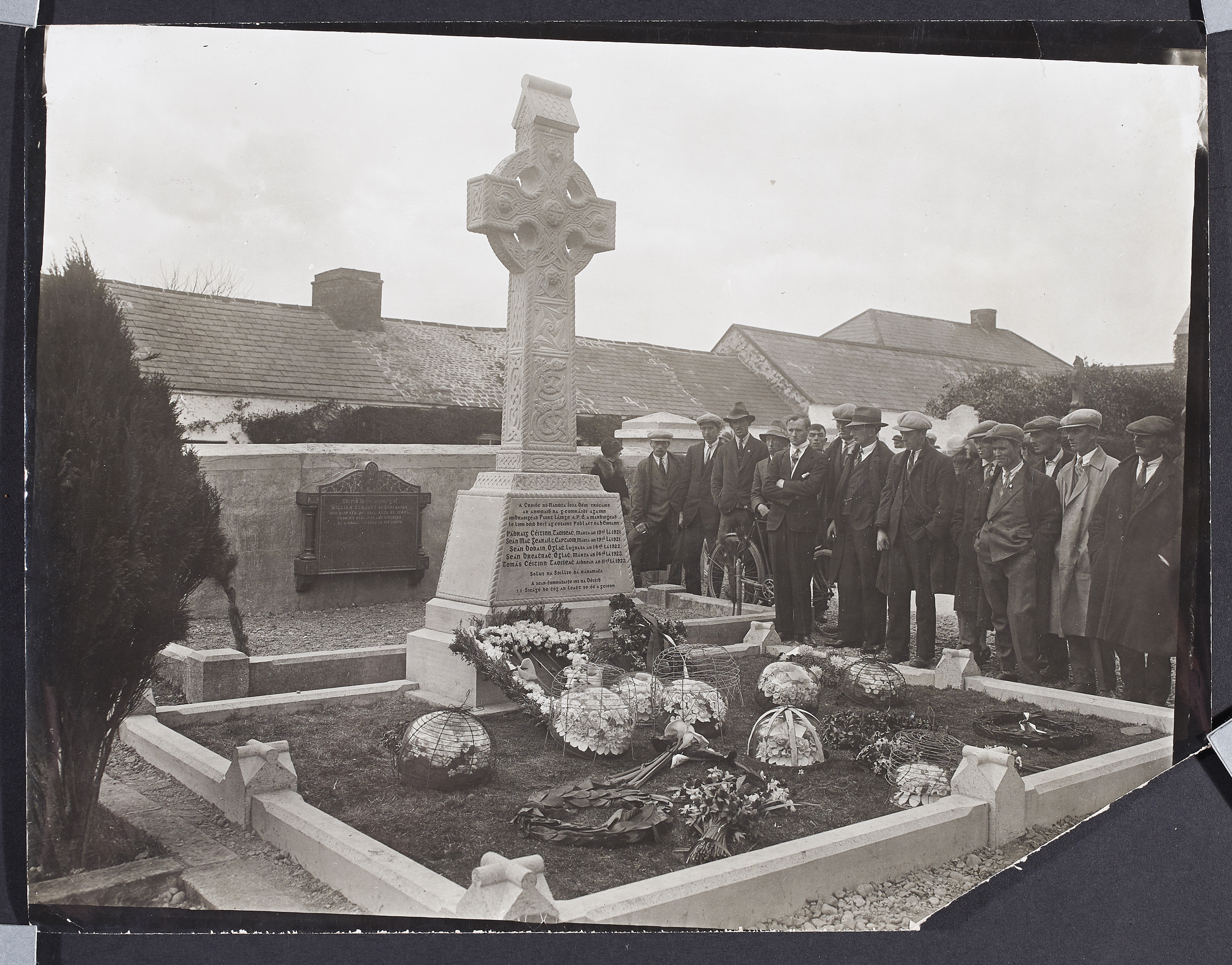 Try to find the date or year when this image was made.
Thanks for contributing!
Throughout Ireland in many cemeteries there is a “Republican Plot”, meaning a group grave dedicated to those who died in the Irish Revolution years, and this would appear to be a ceremony in Waterford. Given all the garlands, wreaths, and flowers, there would appear to have been a recent interment or anniversary. Taken by a Poole Studio photographer, it is actually in the “Irish Political Scenes Folder C”.

+++ UPDATE +++
Location Identified was ticked off our wish list in jig time by Rory Sherlock, with the Republican Plot at Kilrossanty, Co. Waterford. Sharon Corbet swooped in with Easter Sunday, then Niall McAuley with 30 April 1930. And we finally settled on Date Established as Easter Sunday, 20 April 1930. And plenty of information on the people named on this memorial, erected by “old comrades in Waterford and Chicago”. Great to find out that the memorial was unveiled by Caitlín Brugha, who had been Sinn Féin TD for Waterford from 1923 to 1927.