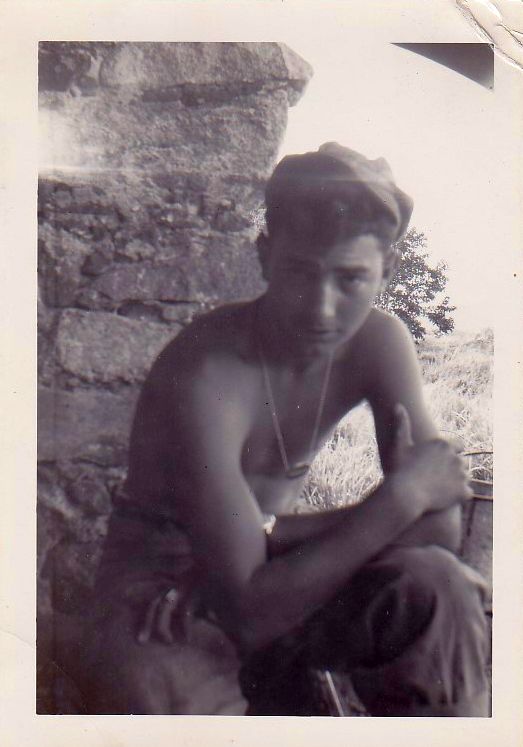 Try to find the date or year when this image was made.
Thanks for contributing!
Photograph of a shirtless U.S. Marine named Creel kneeling down next to a stone wall in a supply storage area on Vieques Island, Puerto Rico, in 1949. The 2nd Marine Division was stationed on Vieques Island to participate in the U.S. Navy Atlantic Fleet’s amphibious Caribbean Maneuvers there in March 1949. Photograph taken while U.S. Marine Edwin A. Metcalfe of Falconer, NY, was stationed on Vieques with his unit, Company A, 2nd Engineer Battalion, 2nd Marine Division (1949).