Cromwell was no Darling but Darling was? 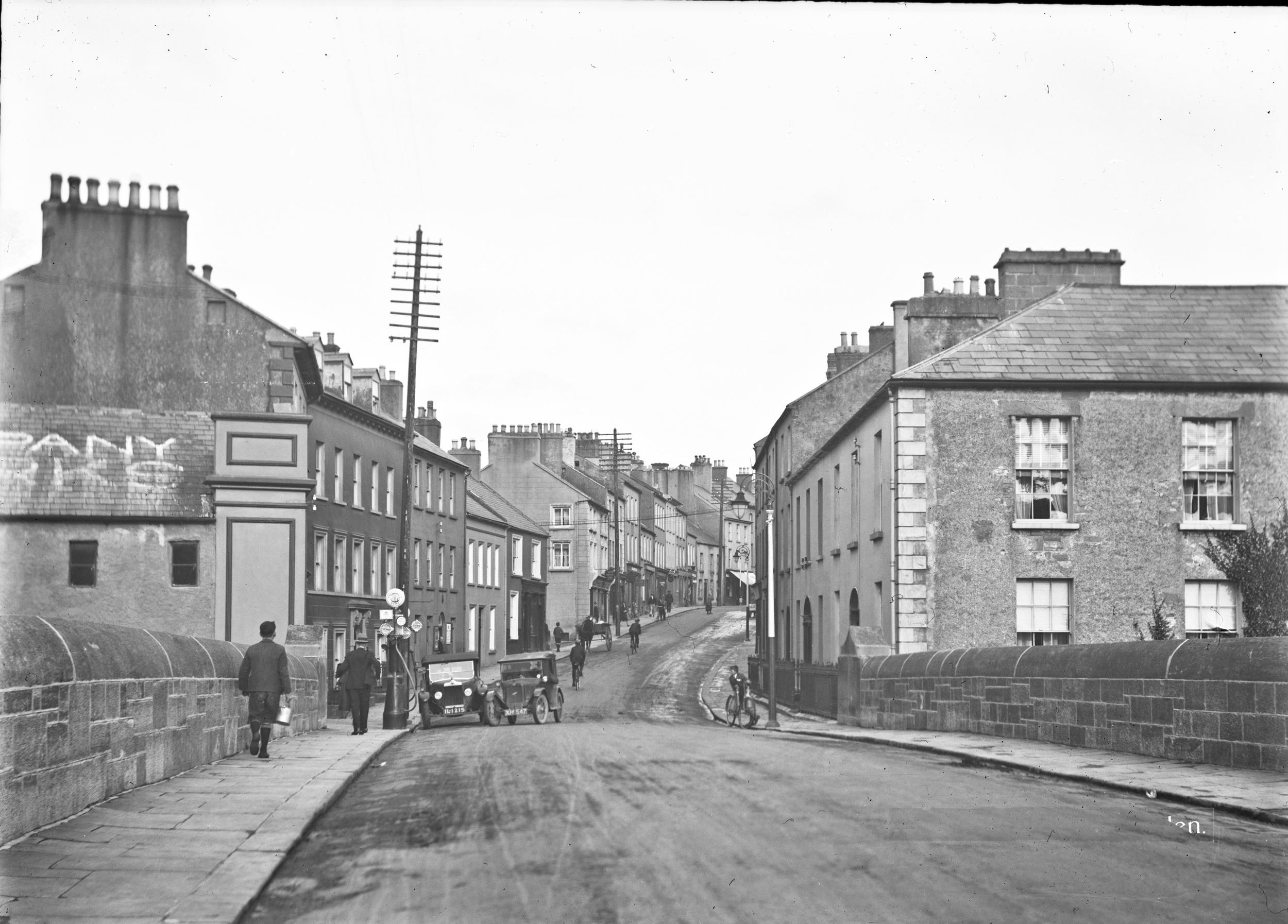 Try to find the date or year when this image was made.
Thanks for contributing!
Yesterday we had Cromwell's Bridges, and today we have Darling Street in Enniskillen. The bridges acquired the name Cromwell, but I know of no streets named after the "butcher! However this lovely image shows a street named after somebody called “Darling”! So we have a bridge, petrol pumps, cars parked a la carte, a cyclist pedalling up the hill, and another leaning on the crossbar and chatting with someone across the street! What I like most of all is the lad with the milk can heading up to get it filled!!

+++ UPDATE +++
Good work done on the date here. 1900-1939 nicely narrowed to 1926-1939 (thank you, Niall McAuley) as a companion Eason Photographic Collection photo shows the full roof writing of Erne Engineering Company Motor Works, only partially visible on our bridge photo here. That company dates from 1926. And as to the unusual street name itself, John Spooner unearthed that it's named after an Edward Darling who leased that land in 1777.