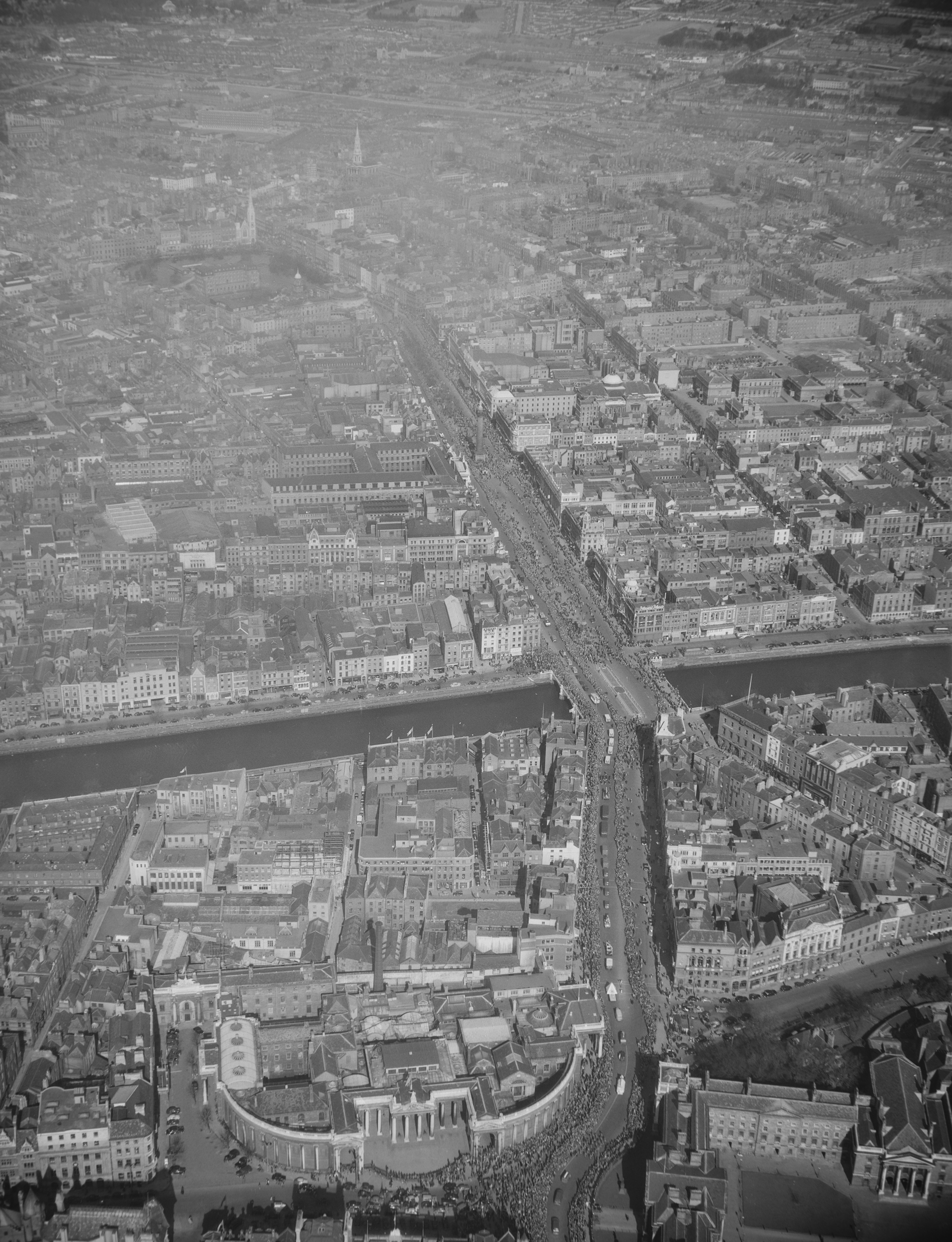 Try to find the date or year when this image was made.
Thanks for contributing!
Today we are celebrating having reached 90,000,000 views, and to mark the occasion we have been given access to the aerial photography of Alexander “Monkey” Morgan. So for today what could be better than to have a parade, a St. Patrick’s Day Parade to be sure, but with a wonderful view of Dublin’s city centre from high in the sky. Which is where Monkey Morgan was of course! As we post his images in the future, it is going to pose its own challenges seeing places from a very different PoV!!!!

+++ UPDATE +++
I think it's safe to say that we're going to very much enjoy the lofty point of view that Monkey Morgan’s photos will give us. We've established the exact date for this one – Thursday, 17 March 1955, and also that the parade started from St. Stephen’s Green at 11am. It went up one side of O'Connell Street, and then back down the other, which certainly seems to give better value to spectators than modern parades. You couldn't miss a thing that way. And 'twas far from a St. Patrick's Festival the parade was in those days. It was sombrely called the Industries Parade, and was organised by the National Agricultural and Industrial Development Association. We found out there were about 250,000 spectators on this day, and thanks to Sharon Corbet, we know there was “a bit of an incident”!