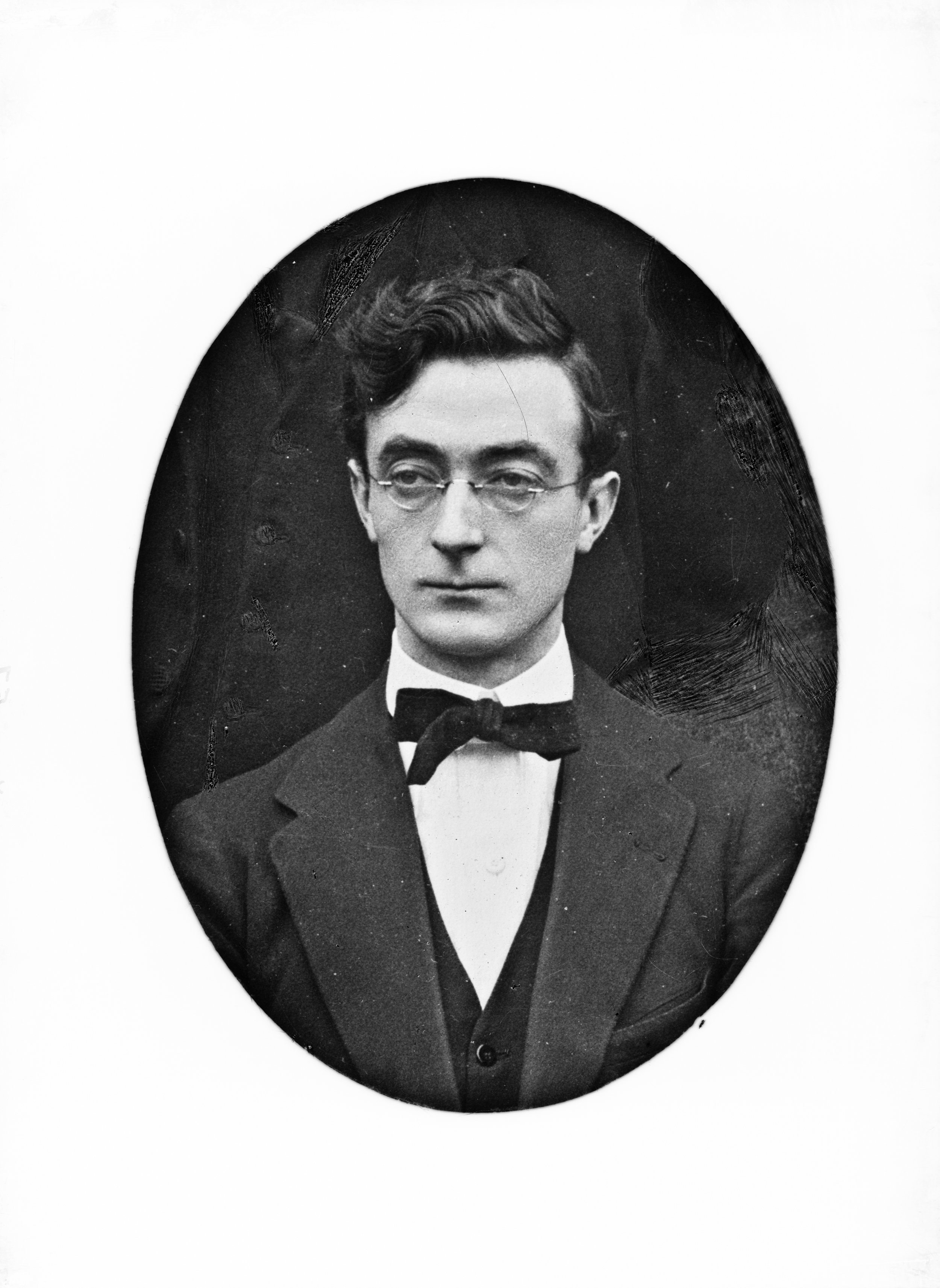 Try to find the date or year when this image was made.
Thanks for contributing!
Sean McGarry posed for a portrait by the Keogh Brothers and looks decidedly cross and very serious therein. He is not a personality one hears much about these days but was prominent enough in the earlier years of the nation. What can we find out about him?

Fógra beag: Next time I do the Camino I will ensure that I begin at the beginning and not from the wrong church!

+++ UPDATE +++
It's not often we uncover where and when a portrait like this was taken, but because the Keogh Brothers extracted Sean McGarry from this photograph of the O'Donovan Rossa funeral committee, we now know both. The original photograph was taken on the site of the modern part of the Rotunda Hospital in Dublin, and it was taken between 29 June and 1 August 1915. Evening Mary is going out on a wild, uncontrolled limb here, thinking it's safe to say July 1915!