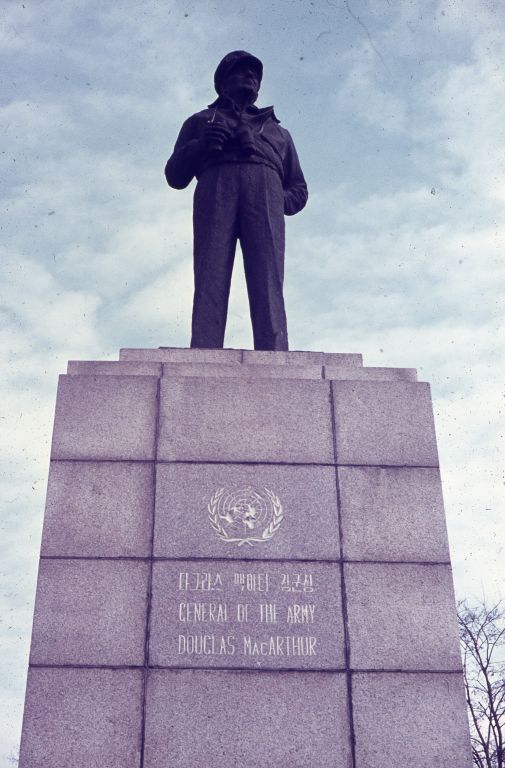 Try to find the date or year when this image was made.
Thanks for contributing!
Color slide of the statue of U.S. General Douglas MacArthur in Jayu Park [or Freedom Park], in the city of Incheon, South Korea, around February or March 1971. Photograph taken or collected by Stephan and Carolyn Kayne during a trip to Incheon. Photograph taken while Stephan Kayne was serving as the Provost Marshall at the U.S. Army’s Yongsan Garrison (also known as the Yongsan Army Base) in Seoul [circa February-March 1971].