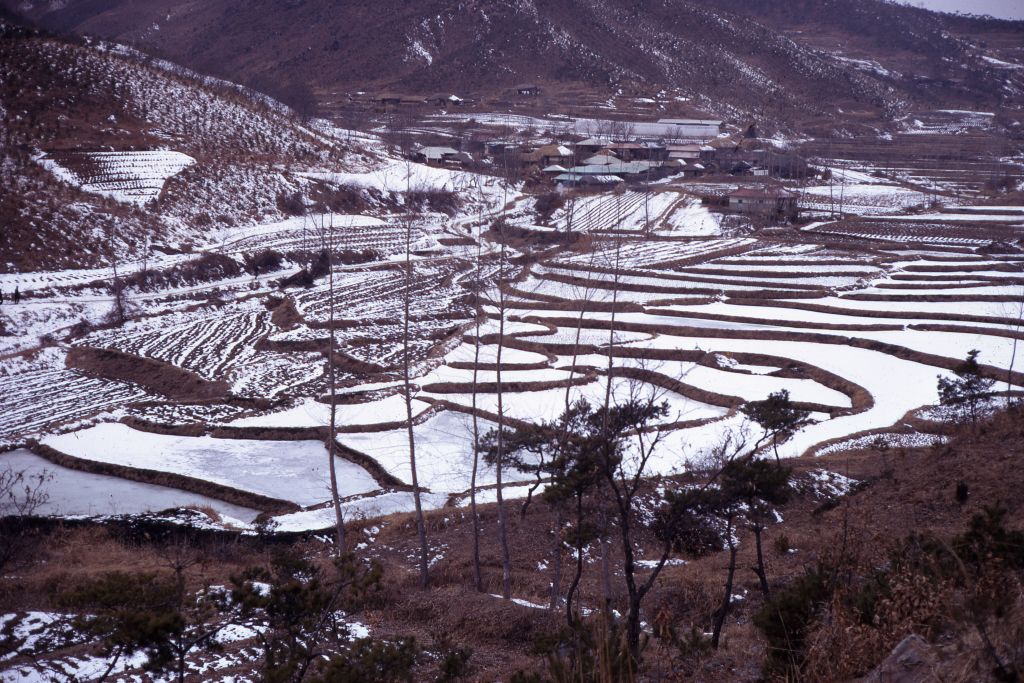 Try to find the date or year when this image was made.
Thanks for contributing!
Color slide of a view of rice paddies and a small settlement of huts in the snow-covered countryside outside of Seoul, South Korea, around January or February 1971. Photograph taken or collected by Stephan and Carolyn Kayne while he was serving as the Provost Marshall at the Yongsan Garrison (also known as the Yongsan Army Base) in Seoul [circa January-February 1971].