Hiding your Granny behind the gate? 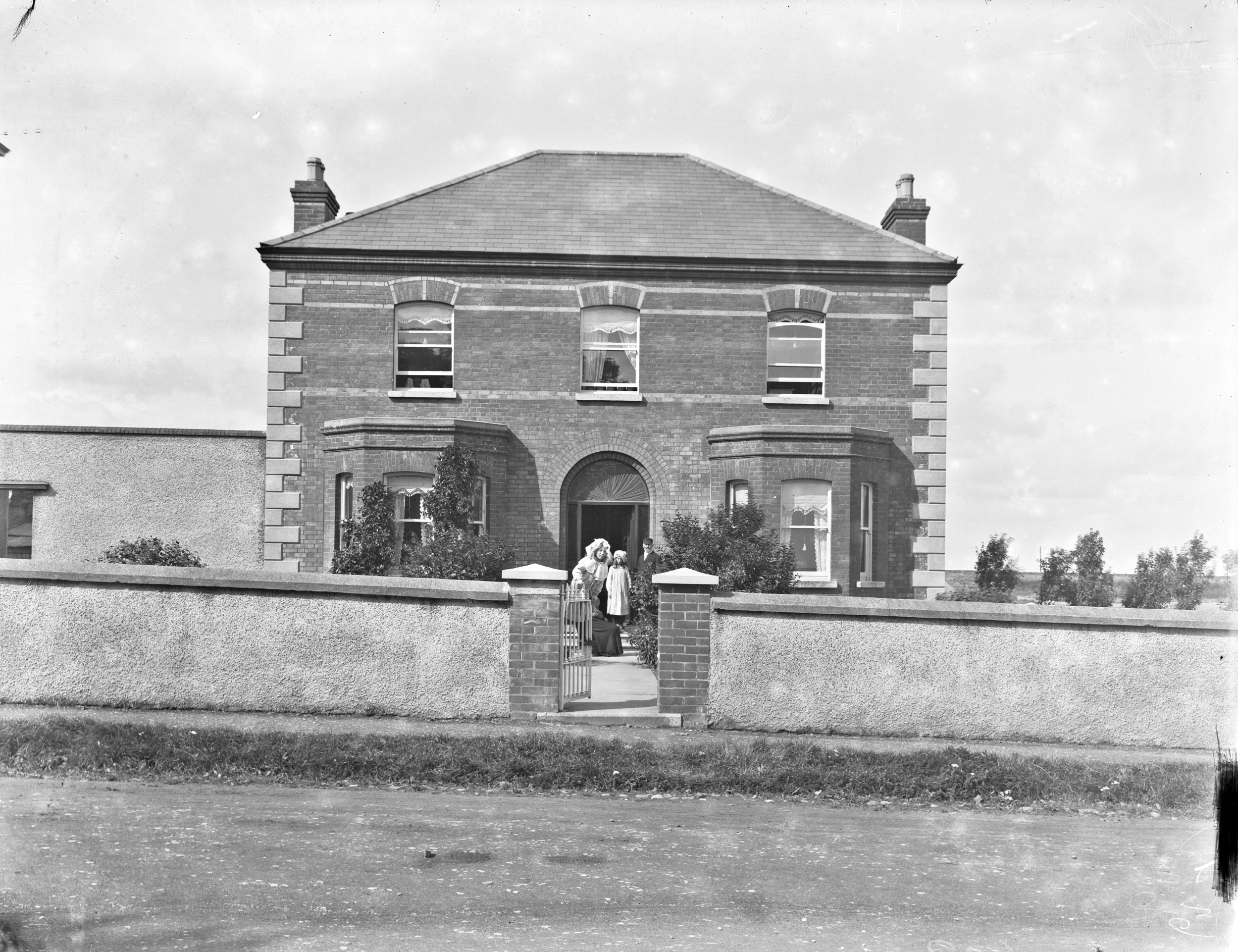 Try to find the date or year when this image was made.
Thanks for contributing!
St. James’ Villa, Malahide in North County Dublin appears to be all alone in the field, but that will have changed dramatically in the intervening years! A gentleman with two young ladies, and what appears to be an older lady, pose for this Eason image. Given that the Eason Collection photographs were generally intended for use as postcards, one wonders what was the significance of this house and/or the family?

+++ UPDATE +++
Some beautiful Malahide family reconstructions in evidence here. Everyone seemed to enjoy this one, and a special thank you, An Poc Ar Buile, for your deep dive into newspapers, allowing you to show changes of ownership for this lovely house, St James' Villa, in 1902, 1905, and 1910 (when it was sold as part of the estate of William Parkinson). Bernard Healy then leapt into the fray with evidence about the Parkinson family (not all happy) from family history records.