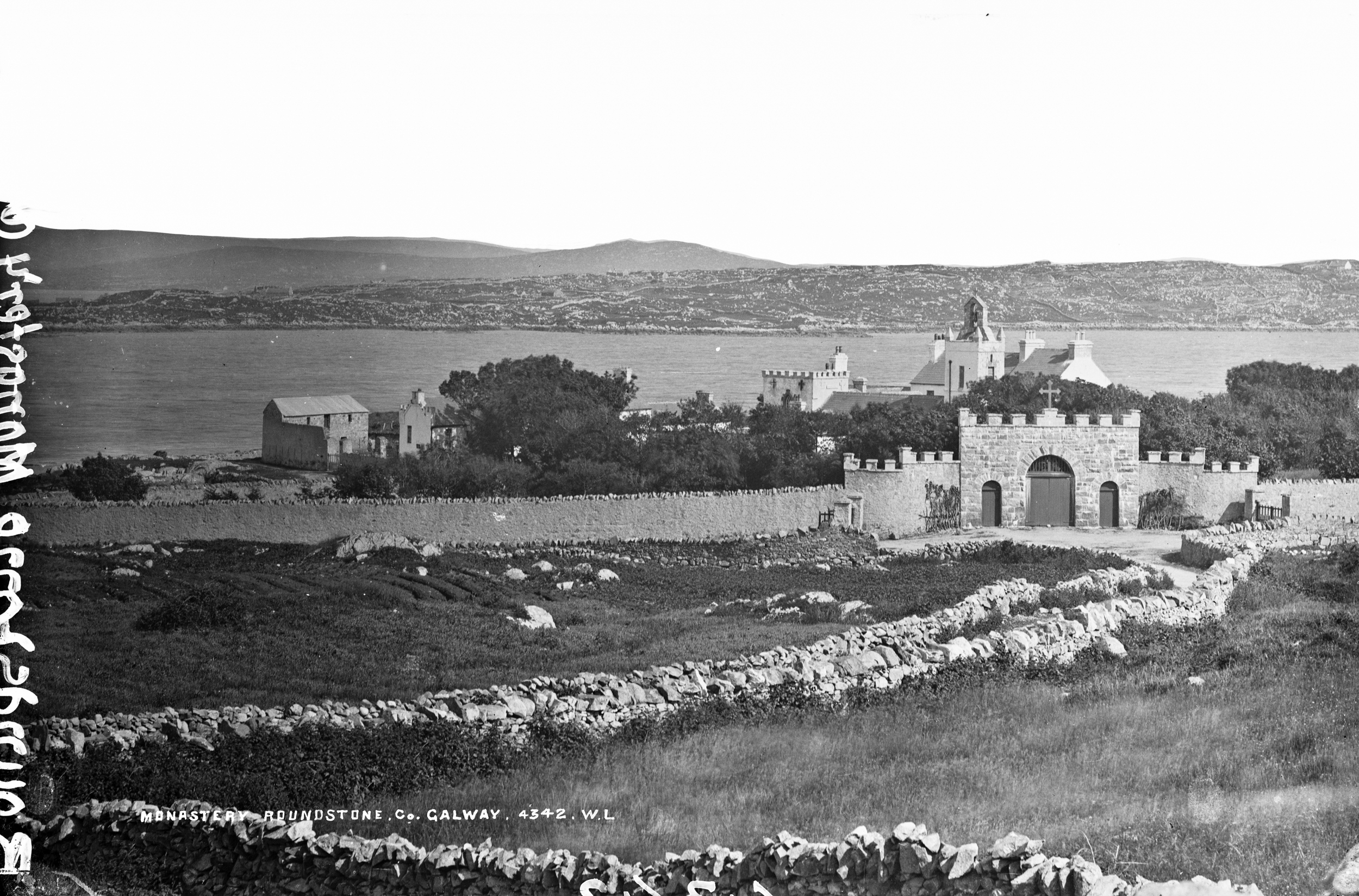 Try to find the date or year when this image was made.
Thanks for contributing!
The Monastery in Roundstone cannot complain at the lack of stone for building! Rocks galore all round and on the other side of the bay, make this a fairly bleak place to found a monastery. The fortified gate is interesting. Was this a protection against Vikings, pirates, or other raiders? We have been to Roundstone recently but this lovely Lawrence image is well worth the return visit.

+++ UPDATE +++
Around the rugged rocks, you ragged rascals ran – trying to differentiate between two alleged monasteries in Roundstone, not helped by apparently conflicting dates on 6" maps and the National Inventory of Architectural Heritage. Bernard Healy confirmed that “our” monastery was definitely Franciscan, noting that cartographers may have been confusing it with a much earlier Dominican establishment.