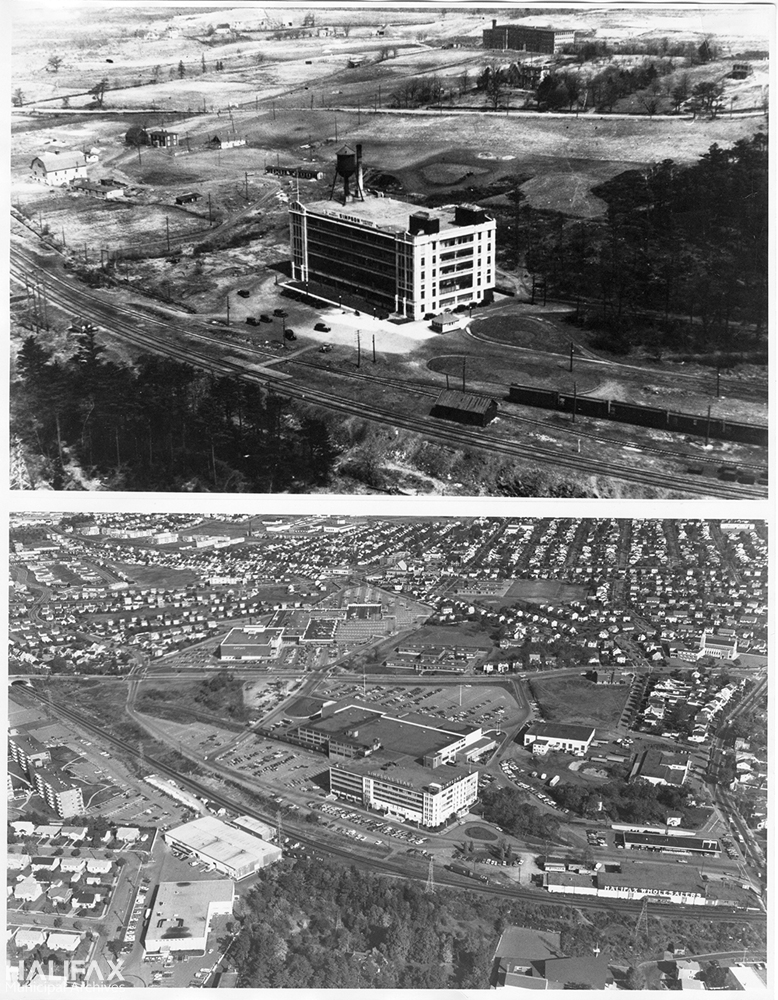 Try to find the date or year when this image was made.
Thanks for contributing!
Sheet containing two aerial photographs of the Simpson’s department store building in the west end of Halifax. The store originally opened in 1919. The first photograph depicts the store probably during the 1920’s. The seconds photograph depicts the store after it had been renamed Simpsons-Sears and after significant urban development had occurred around the store, possibly in the 1960’s.