The Model School in Enniscorthy 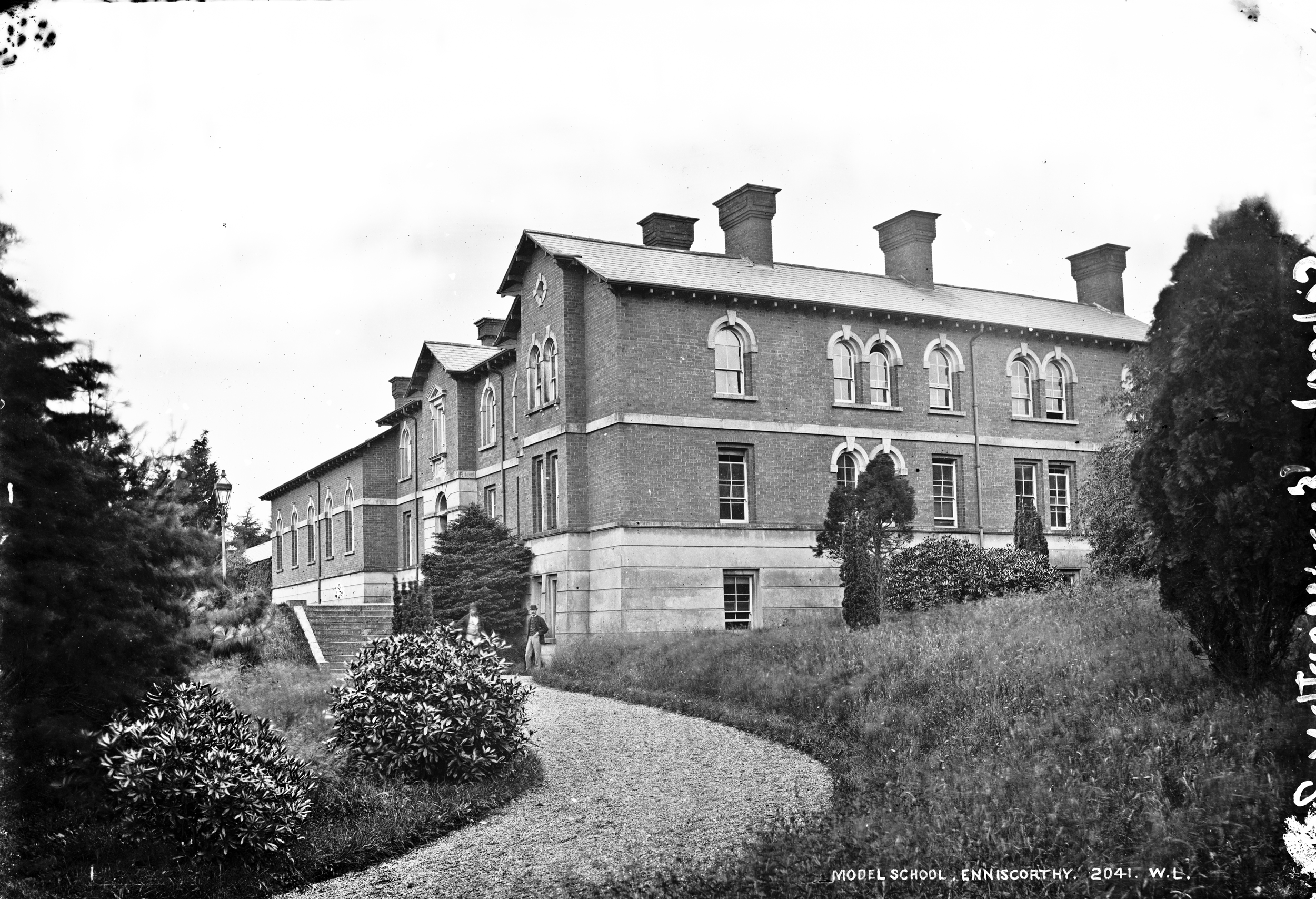 Try to find the date or year when this image was made.
Thanks for contributing!
The Model School sounds like a school in miniature, but there are quite a few throughout the country. Some of them are large institutions like this one in Enniscorthy, others are smaller. But they all appear to have been excellent places of education. Morning Mary attended one, and has many happy memories made rosier by the passage of time, no doubt!

+++ UPDATE +++
Thanks, Domhnall Sioradáin, for explaining that Model Schools were part of the original model (Domhnall couldn't resist!) for national primary education in Ireland, 1831. Model schools were set up, and older bright pupils would act as monitor apprentices and later become teachers. In 1870, model schools were replaced by 2-year residential training colleges, such as Carysfort in Dublin.