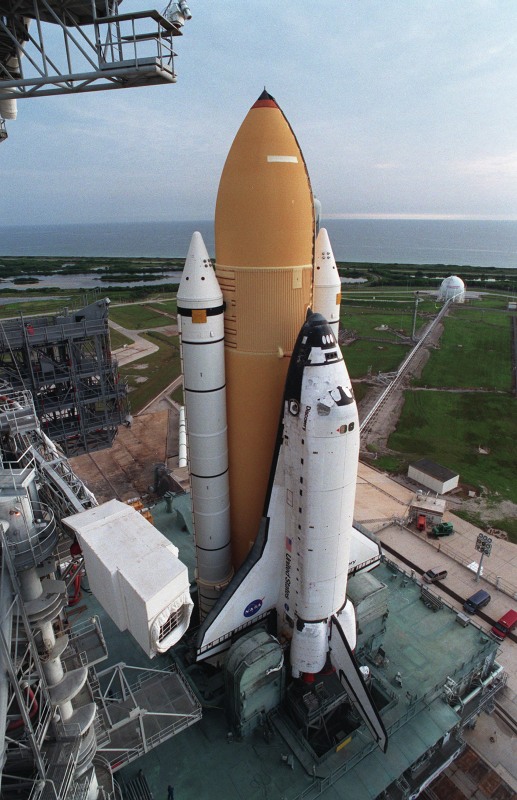 Try to find the date or year when this image was made.
Thanks for contributing!
As daylight creeps over the horizon, STS-95 Space Shuttle Discovery, on the Mobile Launch Platform, arrives at Launch Complex Pad 39B after a 4.2-mile trip taking approximately 6 hours. At the left is the "white room," attached to the orbiter access arm. The white room is an environmental chamber that mates with the orbiter and holds six persons. At the launch pad, the orbiter, external tank and solid rocket boosters will undergo final preparations for the launch, scheduled to lift off Oct. 29. The mission includes research payloads such as the Spartan solar- observing deployable spacecraft, the Hubble Space Telescope Orbital Systems Test Platform, the International Extreme Ultraviolet Hitchhiker, as well as the SPACEHAB single module with experiments on space flight and the aging process. Image from NASA, originally appeared on this site: science.ksc.nasa.gov/gallery/photos/ Reposted by San Diego Air and Space Museum